'Score! Hero 2 ', the return of the popular soccer game that is sweeping Google Play 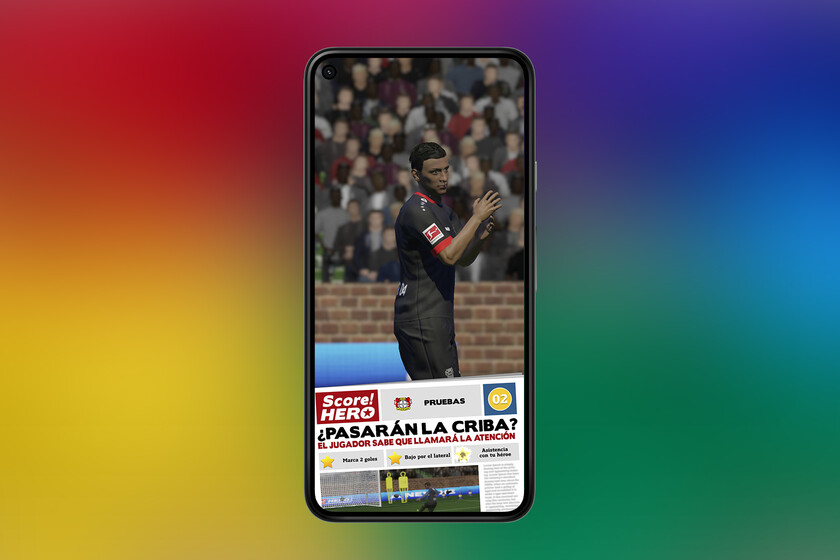 'Score! Hero 'was born in 2015 and has become one of the most downloaded soccer games on Android. Six years later, this game already has a successor, which has exceeded one million downloads in just three days. The improvement in graphics has been remarkable, although the minimum requirements to be able to play it have also increased, as it is a more ambitious proposal.

If you've already played Score! Hero you are going to meet an old acquaintance and, in case you have never played, you should know that is one of the best games on the theme of soccer, although somewhat different from the classic games in which the protagonists are the classic games.


This is the new Score! Hero 2

Score! Hero 2 is a different game with respect to the classic games in which you have to step on the field to play full matches. It is a game that has different levels, in which we will have to solve increasingly more and more complex plays. For example (small spoiler), the first levels have to do with passes and shots on goal.

The further you advance, you will have to make a complex pass between several players and try to sneak the goal through the opponent's defense. The more levels we advance, the more complex the plays will be and we will progress further in our career, signing for the different clubs of the major international leagues.

In this game we do not play 'FIFA' or 'PES' matches. We are overcoming different levels, which with more complex plays

The gameplay is quite simple, with small sliding gestures that we will use for passes, movements, shots on goal and more. On a graphical level, the game has improved a lot compared to the previous generation, so the minimum requirements have also changed.

Score Hero 2 weighs 391 megabytes and requires Android 8 and above to work. At a graphical level it is not a very demanding game, so even an entry range should be able to move it without too much problem. You can download it for free on the Play Store,