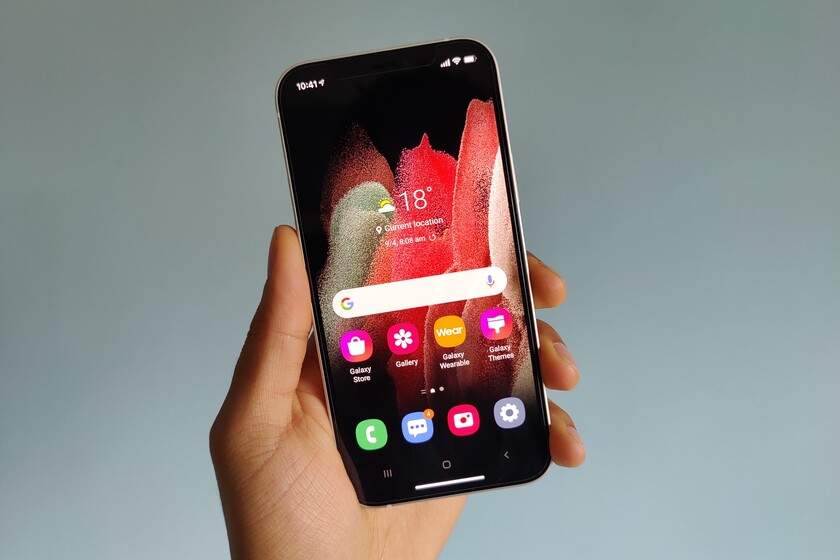 Testing the One UI interface on an iPhone is possible, a curious move by Samsung to try to attract iOS users. The South Korean technology company has enabled a web app that allows iPhones to run a One UI interface (with its limitations of course), identical to the one found in any Galaxy updated to the latest version.

This is an aggressive campaign by Samsung for iPhone users to switch to Samsung, however, We are going to show you what One UI looks like on a mobile with iOSas it is quite curious.

One of Samsung's moves in New Zealand to win over iPhone users has been enable a web app that allows you to run a One UI interface, limited, yes. If we go from an iPhone to iTest.nz we can run a web page that replicates the behavior of One UI.

The web app really looks like One UI run natively: system animations, applications, notifications and sounds are the same as the original Samsung ROM

Everything is so well done that, at a first glance, it seems that the iPhone is running Android, and is that the applications, animations, notification bar and others work perfectly. In fact, during the test of the Samsung "ROM", we will even receive a call simulation, so that we can see what the interface looks like. 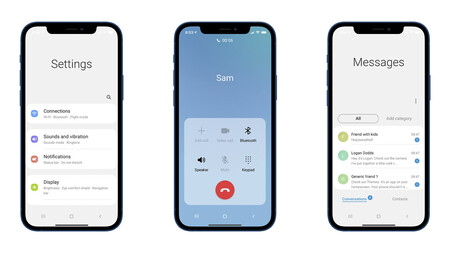 Being a website and not an operating system as such, we will not be able to use the apps that come "inside" One UI, but if you do a review of the settings, native applications and interface elements of the Samsung customization layer. Without a doubt, one of the most curious and elaborate strategies of the company to try to "steal" Apple users.