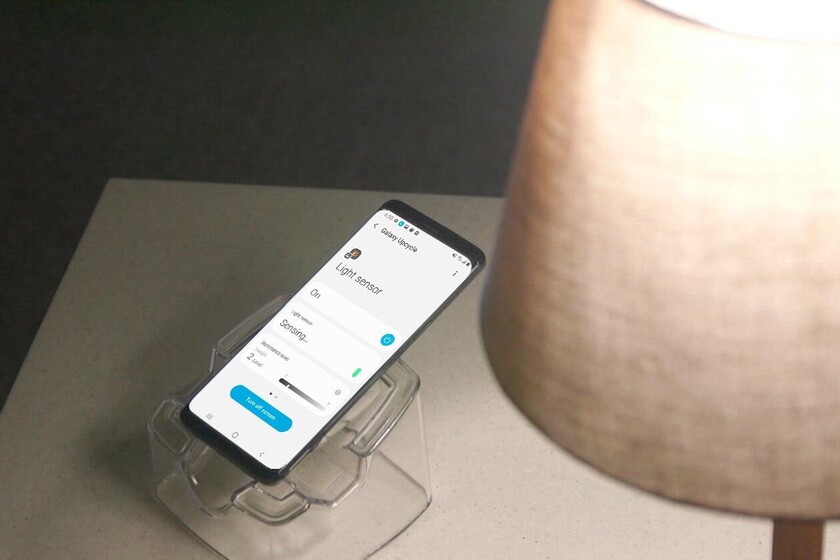 Samsung is determined that mobiles do not end up forgotten in drawers. Because, what alternative uses can be given to them? For example, turn old Galaxy into smart home devices: Samsung makes it possible with 'Galaxy Upcycling at Home'.

Given that smartphones continue to offer features even if their software has lagged behind, Samsung is determined that owners of a Galaxy do not keep it in the drawer: through the Upcycling at Home program the brand is promoting new uses for phones no longer in use. For example, what if the mobile alerts of intrusions in the home?

We usually say that the mobile is used for almost everything, and the truth is that it is usually like this: it is enough that we think of a use so that, at least, the phone see it facilitated. And, since these devices are loaded with components and sensors, it is possible to transform them through software so that they behave like a different device. This is what Samsung intends thanks to its SmartThings ecosystem.

It is not the first recycling of Galaxy mobiles that we attend as Samsung recently shared one of its most practical creations: transforming unused phones into a fundus scanner. The idea behind all these projects is to reuse electronics that remain productive despite the fact that the purpose for which it was destined has remained great.

With the SmartThings application on a Samsung Galaxy this can become two extremely practical home devices:

The combination of the new functions with the wide variety of uses that the SmartThings ecosystem has makes keeping the mobile in the drawer totally unproductive. All through the SmartThings app, a software that comes pre-installed in the vast majority of mobile phones of the brand and that can be downloaded from Google Play.

Samsung ensures that the option to convert a Galaxy mobile into a home device is already included in all Galaxy S, Galaxy Note and Galaxy Z released since 2018. The Galaxy Upcycling at Home program will expand to more models in the coming months.