Samsung is already working on a Galaxy Tab tablet with a folding screen, according to a patent 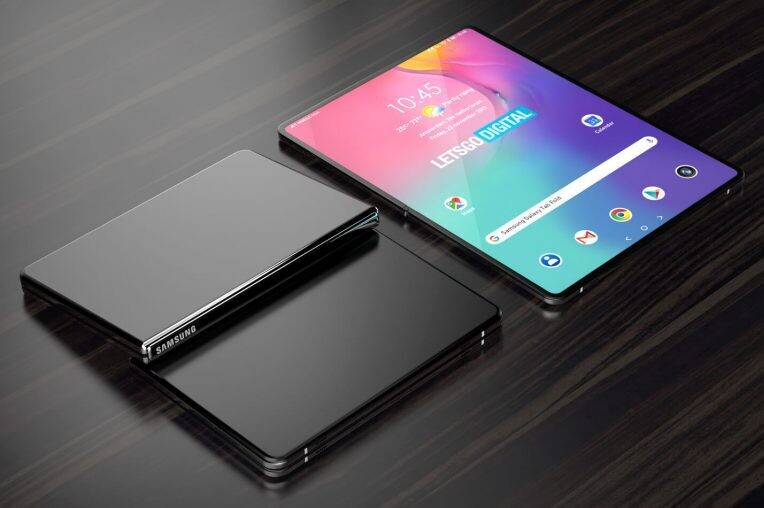 Although there were several manufacturers involved in the race to be the first to have a mobile phone with a folding screen, Samsung was the first to put one into circulation, the initial Samsung Galaxy Fold. Since then, the South Korean manufacturer has tried other formats, such as its Galaxy Z Flip, and has already in the oven the third generation of the original line.

Among the formats that Samsung investigates we also find devices that are not mobile per se, although they are usually included in the same category. We are talking about tablets, and it is that the Korean manufacturer has requested and received the approval of a patent for bring your folding screens to tablets.


A possible Samsung Galaxy Tab Fold in the works

According to information hunted by LetsGoDigital, a regular in the universe of technology patents, Samsung would have already received approval for a patent application filed long ago. A request for a folding screen system included in a tablet, instead of the mobiles in which it has already brought those screens to the market.

This would confirm in a certain way, always unofficially, that Samsung is already working on a Galaxy Tab with a folding screen, which opens up a multitude of possibilities in terms of the size of the screen itself since, remember, its Galaxy Fold already arrive at 8 inches diagonally when unfolded. A Galaxy Tab tablet with a folding screen could perfectly reach 15 or 16 inches of unfolded diagonal, and keep 8 inches when closed. 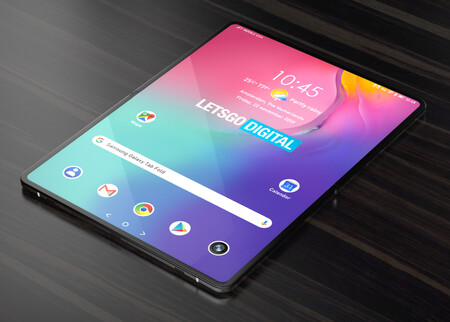 As reflected in the patent, and in the renders created by LetsGoDigital based on the diagrams, this Galaxy Tab with a folding screen would have a front camera in the middle, located next to the hinge, and would have a pyramidal shape when closed, with the edges of the screen narrower than the part of the closure. A design similar to the one that we have seen many times arrive in laptops.

For now, nothing more is known about this foldable Galaxy Tab for the future beyond that it will have a USB type C port for charging, included in the design of the patent itself, and that the buttons would, logically, be in one of the frames . We will be attentive to future news of a device that, at first, seems quite interesting, and that accompanied by a keyboard it could become a laptop with a folding screen to work on the go.