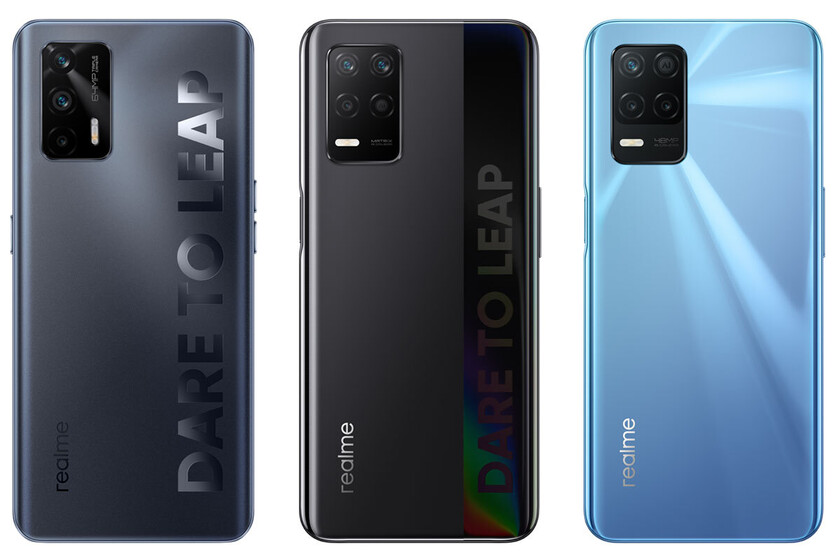 The renewal of the Realme Q2, Q2 Pro and Q2i arrives on time for its appointment six months later: they arrive new Realme Q3, Q3i and Q3 Pro, cheap 5G mobiles and important improvements in several aspects, while maintaining the adjusted price

This generation of Realme Q3 rides so much Snapdragon 750G as Dimensity by MediaTek, it keeps the batteries with fast charge in all the models, triple cameras with a good amount of megapixels and Full HD screens. Let's see what these new terminals offer us. 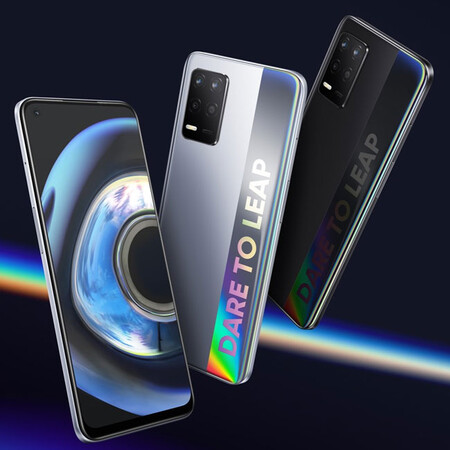 The Realme Q3 is the standard model, which is located halfway between the Q3i and the Q3 Pro. It is the only one that includes a Qualcomm processor, for which the company has opted for the Snapdragon 750G. It comes with 6 or 8 GB of RAM and 128 GB of storage.

With a design where the logo stands out Dare to Leap on the back - and it glows in the dark - the Realme Q3 incorporates a 6.5-inch LCD screen, Full HD + and 120 Hz refresh rate. The 16-megapixel front camera is integrated with a hole in one of the corners. 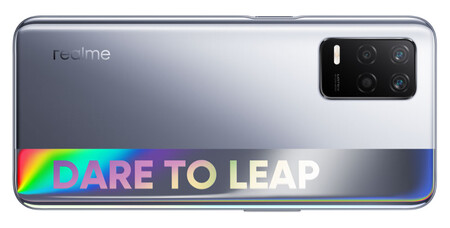 For photography, the Realme Q3 has a triple camera in which the main sensor is 48 megapixels and with aperture f / 1.8. It also has an 8 megapixel wide angle and a third 2 megapixel macro sensor.

The Realme Q3 rides a 5,000 mAh battery It supports 30W fast charging. The terminal has a fingerprint sensor on one of its sides, has a headphone jack and is launched with Android 11 with Realme UI. 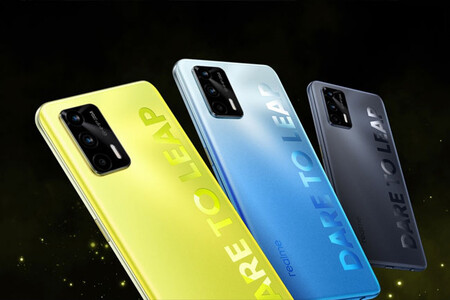 The Realme Q3 Pro is the top model of the three, built with the Realme Q3 as a base on which a few improvements are incorporated. To start with, we have the screen, which is in this case AMOLED with a 120 Hz refresh and 6.43 inches diagonal.

The processor also changes, being in this case a MediaTek Dimensity 1100 and with a single amount of RAM available, 8 GB. For storage you can choose between two variants: 128 or 256 GB. 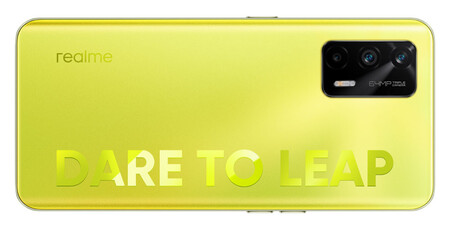 As for the cameras, we have a configuration very similar to that of the Realme Q3. The front camera is again perforated in one corner of the screen and has a resolution of 16 megapixels. The rear camera for its part is triple, with 64 megapixel main sensor, 8 megapixel wide angle and a 2 megapixel macro sensor.

The Realme Q3 includes the battery a little smaller than its brothers, of 4,500 mAh and with fast charge of 30W. Unlike the rest of the Realme Q3, the Pro model has stereo speakers and includes biometrics under the display. 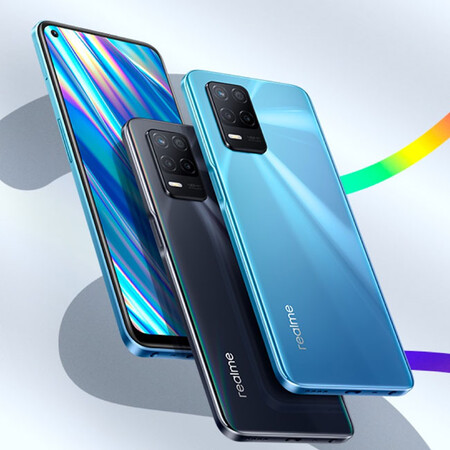 Finally we have the Realme Q3i, which is the most modest model of the three although, to tell the truth, there is not a huge difference. It is again a cheap 5G mobile, although this time with a MediaTek Dimensity 700 on board and versions with 4 or 6 GB of RAM and 128 GB of storage.

The Realme Q3i maintains the same appearance as the rest of the terminals and the screen is practically identical to that of the standard model: 6.5-inch LCD and Full HD +. The only difference is that in this case the refresh rate is 90 Hz. 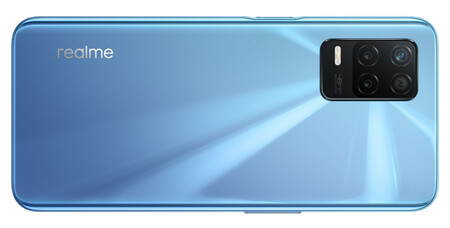 In photography, the Realme Q3i includes the same 16 megapixel camera perforated on the screen of the rest of the terminals. Behind, the triple camera has a 48 megapixel sensor like that of the Realme Q3, although the wide angle is lost: instead it has a macro sensor and a mono sensor, both of 2 megapixels.

Regarding autonomy, the Realme Q3i incorporates a battery with a capacity of 5,000 mAh and support for 18W fast charging. The fingerprint reader is located on the side of the terminal, which has a minijack.

Versions and prices of the Realme Q3, Q3i and Q3 Pro

The Realme Q3, Q3i and Q3 Pro have been announced in China and at the moment we have no news that they will be sold in other regions. The Realme Q3 is available in black and gray, the Realme Q3i in blue and black, and the Realme Q3 Pro in black, blue and yellow. Their prices are as follows: