Netflix launches its new 'Play something' function, so that an algorithm chooses for you what to watch when you're bored 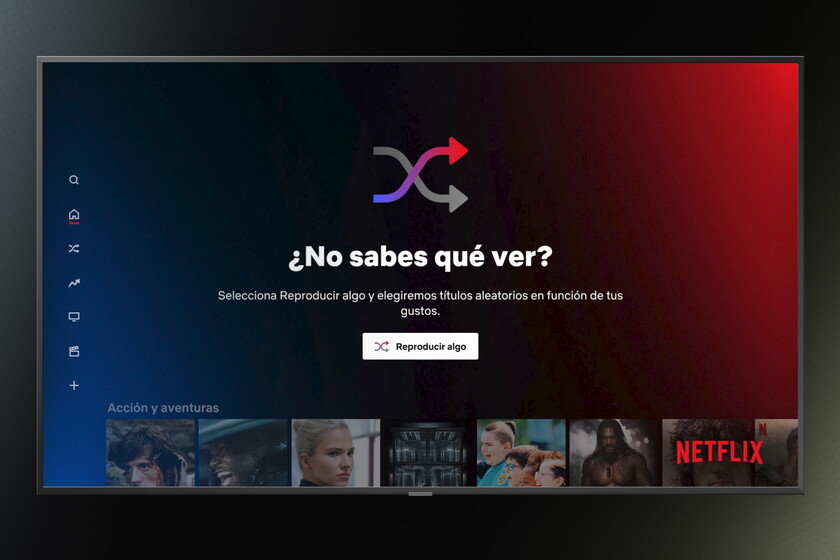 Have you never been in front of a screen wanting to see 'something' (a series, a movie ...) that entertains you, but without wanting to think about what 'something' to choose? You are not the only one by any means, calm down.

And Netflix is ​​well aware of this: that is why it has decided to make life a little easier for its users by allowing them play content automatically chosen by an algorithm based on your tastes (that is, from your previous viewing history).

The name of this new functionality is not particularly original: it is called 'Play something'. According to the presentation video that Netflix Spain posted a few minutes ago:

"With 'Play Something', Netflix takes you to a new series or movie based on what you have seen. [...] Sometimes the best choice is not having to choose. "

As the company explains on its website, although the first time we press the button in each session we will see a new series or movie, chosen by an AI, if we press it a second time it can also show a movie that we have started to see and we have pending, for example.

You will find 'Play Something' in various places on your TV:

And remember that if you use a screen reader, 'Play Something' supports text-to-speech (TTS).

A feature that was already available (to a minority of subscribers)

This function, available now for all Netflix users, was only available so far in the official app for SmartTVs, although with the name of 'Random Play' ... although some users had already had access to this function in tests on other devices, especially in recent months.

Our Genbeta partner Gabriela González, in fact, is one of the users who have been enjoying this function for some time, although not shown as a big fan:

"Months with it in there, and I hate it, it never makes me feel good." 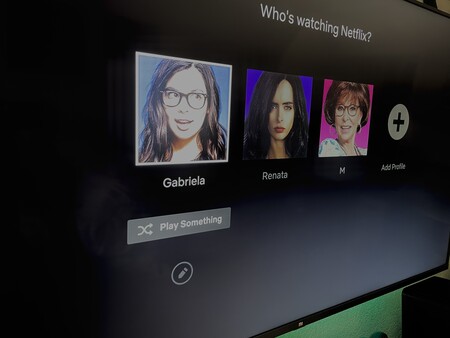 However, during the presentation of its earnings report for the fourth quarter of last year, company representatives stated that the response of the majority of users with access to the function "had been positive".

When the widespread rollout of this feature was announced last January, company co-CEO Reed Hastings he joked that they had considered calling it "I'm going to be lucky.", in reference to the equivalent button of the Google search engine.