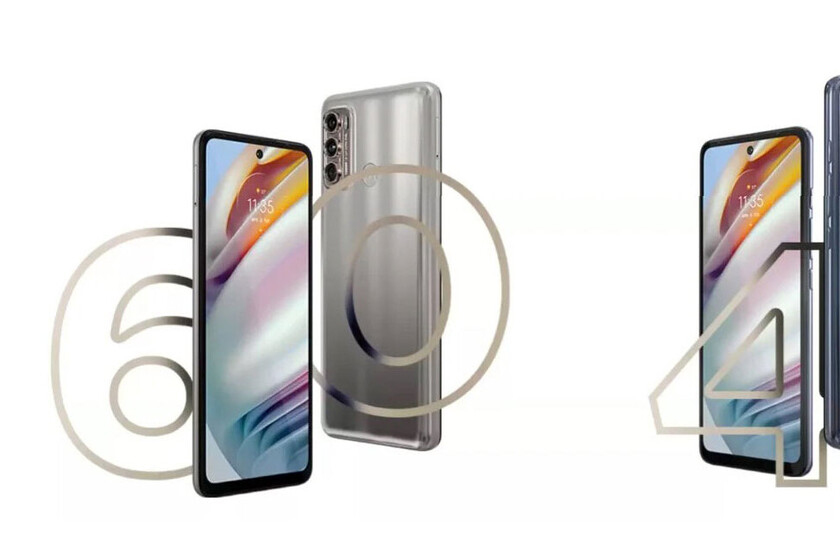 Motorola has been reinforcing its Moto G line for quite some time, although lately it is influencing the doubling of it. With the Moto G10 that corresponded by generation also landed a Moto G30, a Moto G50 and a Moto G100, and since then more and more complementary models are leaking to continue widening the middle line of the Chinese firm.

The Moto G50 was the last to land on the market and now the last bases are being laid for a presentation on April 20 in which we will see at least two more phones from the same series arrive. We talk about the Moto G40 Fusion and Moto G60, and both have just leaked days after being officially revealed.

As we have said, Motorola prepares new phones for its Moto G family of medium and economic lines and the Moto G40 Fusion and Moto G60 will be among the next releases as the latest leak shows us. A filtration that does not reveal 100% of the characteristics of each one but it does help us put them in context.

For example, both the Moto G40 Fusion and the Moto G60 will carry the same 6.82-inch screen with support for HDR10 content, a large diagonal that also will refresh at 120Hz and of which we do not know technology. Although knowing that we will be facing economic mid-ranges, the logical thing is that this 'gaming' refreshment is sewn to IPS LCD panels.

Both models will share a processor, Qualcomm's Snapdragon 720G, and also a battery, an internal 6,000 mAh battery for each device and that we assume will have some type of fast charge associated with the house brand, Turbo Power. The main differences between the two models will come in the camera equipment, according to the leak.

For the Motorola Moto G60 we would have 108 megapixels main camera, an ultra pixel sensor with pixels of 2.1 microns on each side (we assume that after using Samsung's nonacell). The secondary camera will be an 8 megapixel ultra wide angle that will act as a macro camera, and we will have a 2 megapixel sensor for depth readings. And on the front, 32 megapixels for selfies.

On the other hand, in the Motorola Moto G40 Fusion we will have 64 megapixels for the main camera while the rest of the sensors should be identical. That is, it will repeat the 8 megapixel sensor with super wide angle lens and macro focus and also the 2 megapixel sensor for depth readings. The front camera will be, in this case, 16 megapixels. The two phones will debut on April 20, put it on the agenda.