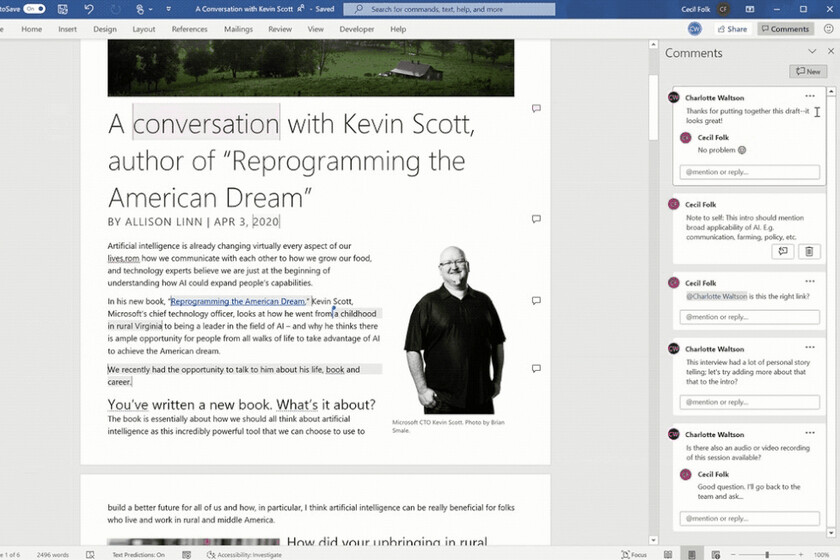 Although it seems a little strange, Word for Windows and macOS apps so far did not have a modern commenting system built in. This is something that began to be tested with the mobile and web versions of the app, but which will now be reaching all users on Windows, and in a preliminary version on Mac.

The new comments are much better and more flexible than the old ones. One of the first changes that will be noticed after updating is that now there is a button! to send the comments, instead of the comment being seen as you type it. 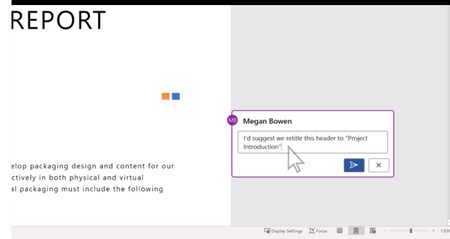 Now to post a comment on a document you will have to press the special button for it. You can also use the keyboard shortcut CTRL + Enter on Windows, or CMD + Enter on macOS. Besides this, comments and replies ** can now only be edited by the person who created them.

Another important novelty is in how the comments look. By default, the comments view is to the right of the document and you see them in relation to their position within it. You can also switch to a list view by clicking the comment button above and on the right, which switches the comment view to panel mode. 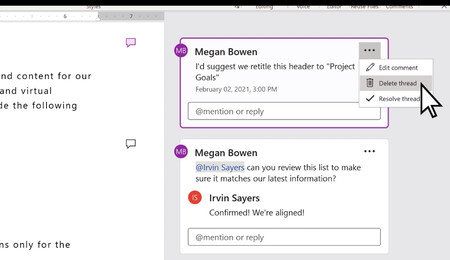 In the comments panel you can see all the comments in a list, including the resolved ones. The latter is also a new function: the possibility of mark comments as resolved so that they do not appear in the comment view by default (only in the list), and do not distract the attention of those who do need it.

Microsoft has also improved @mentions within comments. When a comment is published, if you are part of an organization, anyone you mention with @ will be notified via email, that email includes both the comment and a preview of the document where it was made.