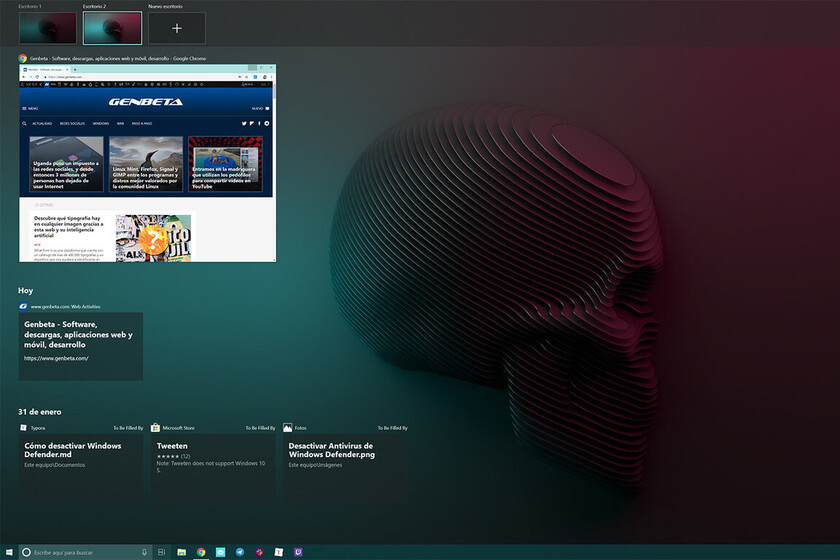 The Windows 10 Timeline (accessible from the Task View) It was one of the star novelties of Microsoft's Fall 2018 Operating System Update. However, the next big update of it could be the beginning of its end.

With the introduction of this functionality The aim was to provide the operating system with a 'History' of programs and documents open (or uploaded to OneDrive) similar to the one our web browsers have had for years, a history (in addition) synchronizable between multiple devices if we had a Microsoft account.

However, the almost three years since then have failed to make it a particularly used or popular feature Windows 10: Most of those who access Task View (Windows + Tab) do it as a way to see all open windows, and not to access the 'Timeline'.

That is why now Microsoft has decided subtract functionality to Timeline and suppress synchronization between devices, thus preventing using it in order to resume work where we left it, for example, on the work PC.

Thus repeats the history of what happened with the application launcher for Android Microsoft Launcher, which introduced Timeline in 2018 and also removed syncing last year.

This change has already taken effect on Windows 10 computers linked to the Insider program that have Preview Build 21359, while the rest of users will experience it from June, according to the company's corporate blog.

From that moment on, the Timeline will still exist, but it will only handle local data of the team we are working with, thus subtracting much of its original appeal.