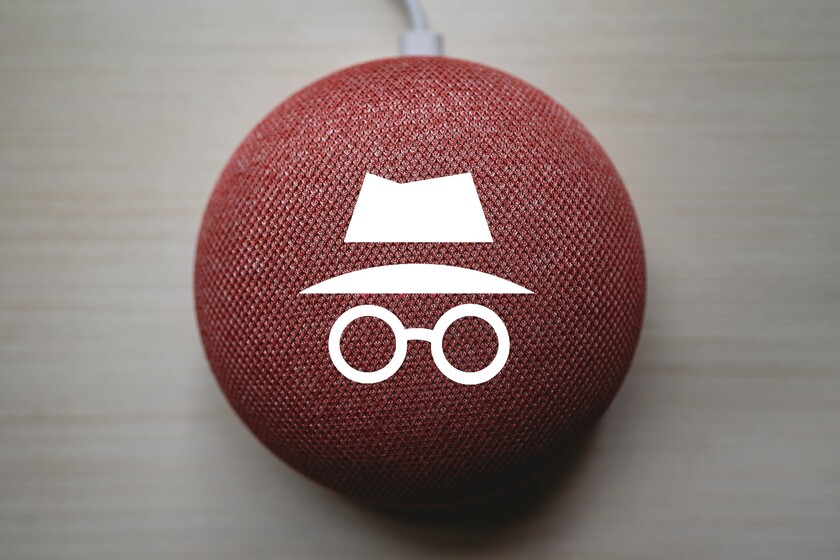 A novelty for the Google Assistant in Spanish has just been announced, and it is none other than the 'Guest mode'. As explained from Mountain View, the easiest way to understand it is by making an analogy to incognito mode in Chrome. And that's it an incognito mode for everything we say to smart speakers powered by Google.

To activate it, you only need to say "Hey Google, turn on Guest Mode"From that moment on, the interactions we have with the assistant will be ignored in the account. Let's see what it can do, according to Google.

Incognito modes have proven their worth in browsers many years ago. However, they did not always make sense because we were not talking about shared devices, since the computer in many cases is something personal. Now we talk about a reality in which connected devices are very often used at home, as a couple, as a family, etc.

That means that when we look for or ask for something that may be sensitive, by theme or context (such as gifts for Kings or a birthday), it is necessary to be able to hide it. And that is what Google will allow by activating the Guest Mode, which may be temporarily activated and then deactivated.

The guests name makes sense in this age of algorithmic recommendations, because many times smart speakers are used to teach curious functions to guests who come home, but our account is "stained". With the new mode, everything they say and are taught will leave no trace. Thus, Google will not begin to suggest advertising for elements that have nothing to do with our interests.

The company also claims that With Guest Mode activated, the Assistant will not discuss personal matters, such as account contacts or Google Calendar events. In addition, with guest mode, all recordings that are generated will be automatically deleted, even if users have configured that they are sent to Google for review outside the mode.

On the other hand, Google warns that third-party applications and services such as Maps or YouTube may continue to collect data even with the mode activated.