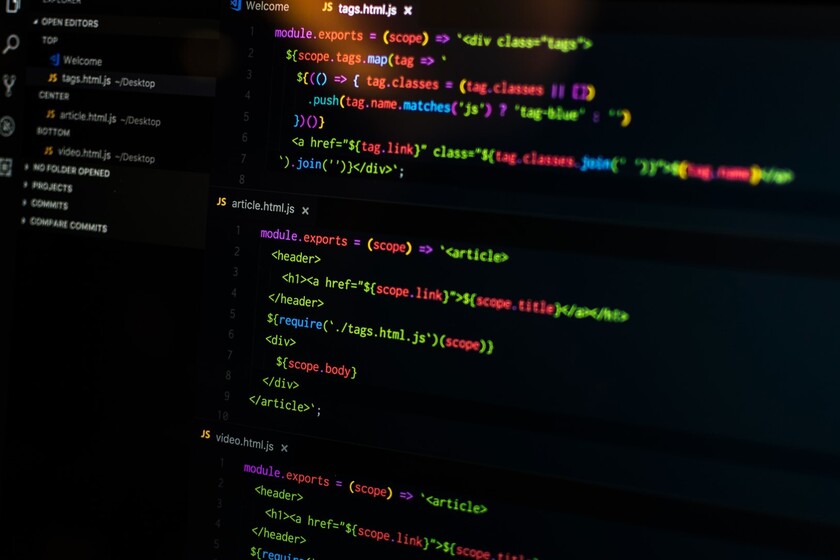 JavaScript is by far the most popular programming language today, Python is the next closest, while other less veteran ones like Rust and Lua are the languages ​​that have the fastest growing communities in the last year.

Here's some of the data from the latest report from Developer Economics, the independent developer research program powered by SlashData, which just released the 20th edition of the State of the Developer Nation. In it they tell us about the results of their surveys between November 2020 and February 2021 and the key trends of the moment in the world of programming. 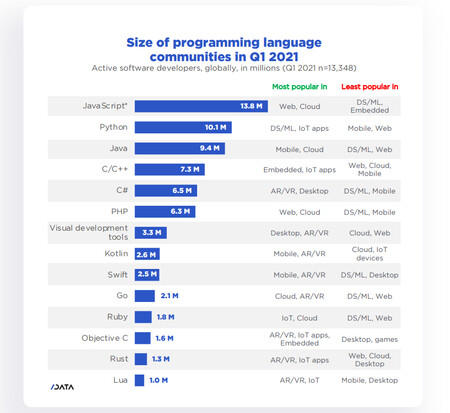 The 20th edition of Developer Economics reached more than 19,000 respondents from 155 countries around the worldincluding major application development and machine learning hotspots such as the US, China, India, Israel, the UK, and Russia, extending into Kenya, Brazil, and Jordan.

The online survey was translated into eight languages ​​other than English: Simplified Chinese, Traditional Chinese, Spanish, Portuguese, Vietnamese, Russian, Japanese, and Korean, and respondents ranged from under 18 to over 55. 79% were male , 20% women and the rest did not specify gender.

Among the most interesting data that were obtained we have:

The report also talks about emerging technologies, the fields of machine learning, artificial intelligence and data science, and even interviewed developers about the effects of the pandemic on their workflows and learning. If you want to read it in full, you can access its 48 pages from this link.