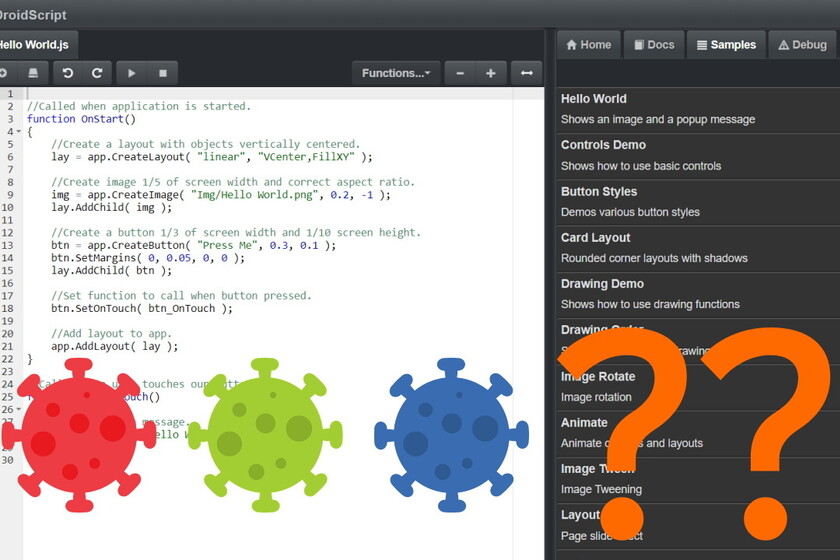 DroidScript is an IDE that allows the simplified development of native Android applications using only JavaScript. It is a popular tool for both professional and educational uses (accumulates more than a million downloads) and with a very active user community ...

... but two weeks ago its users discovered that the application was no longer available in the Play Store. By decision of Google itself, and to the surprise of its developers.

This is what the user who tries to access the DroidScript profile in the Google Play Store sees.

"Google has ruled that DroidScript is malware and has accused us of ad fraud"Dave Hurren, the main responsible for the development of the app, explained three days ago on the official DroidScript mailing list." It goes without saying that we are quite pissed off and stunned for an accusation like that. "

Hurren's email goes on to explain that they have appealed against the expulsion, defended their innocence and requested explanations from Google. But without success:

"Google is not going to listen to us or explain what we have done wrong! This will affect a lot of people."

The contempt they say they have received from "the Google support team and its bots" has convinced them that they have no choice but to turn to the community to make noise on the networks, and thus convince Google to treat DroidScript more fairly.

When app stores convey an image of arbitrariness ...

It all started when the developer team received an email warning of deactivating your AdMob account (the ad network that Google offers developers to monetize apps).

The alleged reason? The alleged detection of "unlikely accesses", which would indicate an attempt by Hurren and his team to scam Google.

Next, its creators decided to update DroidScript with a new version that removed the only banner ad of the app (included a year ago with the mere purpose of contributing to the maintenance of the project).

It was of no use: Google ended up deleting the app from its store on April 7.

Hurren suspects that the problem is that a "Russian group" was able to try to "clone" their application, although he also sees possible a simple case of 'false positive'- Google's AI might not have looked favorably on an app that constantly consults all possible Android APIs.

The developer claims that would like to be able to share these suspicions with Googland discuss the issue by putting data on the table, being open to taking all the measures they deem appropriate.

The problem is that it has not been able to contact any person in charge of Google. In fact, believes that so far the long emails they have received from the company are the product of mere bots, not human employees.