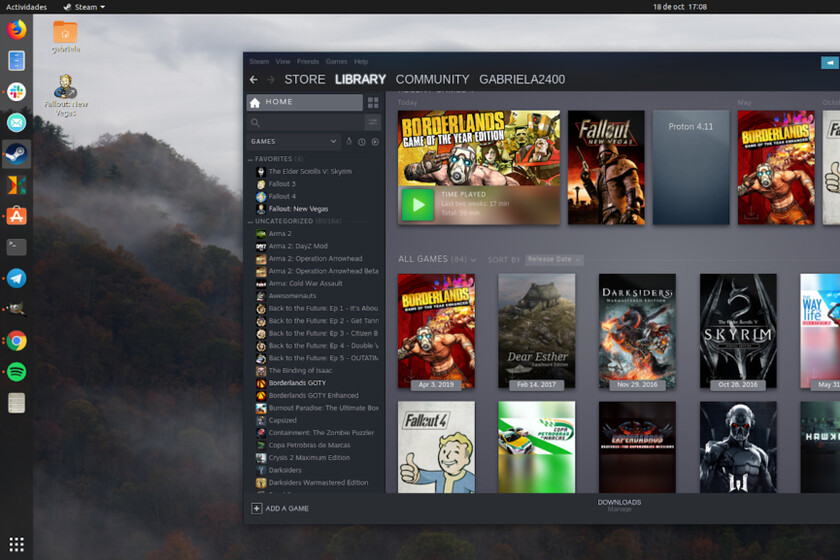 Few games were as highly anticipated by the end of 2020 and ended up making as much noise (though mostly for bad reasons) as Cyberpunk 2077. The ambitious CD Projekt Red title came with so many bugs and performance issues, especially on next-gen consoles. last, that Sony ended up removing it from its digital store and until the sun today it has not returned.

The best version, most reviews agreed, is the PC version, one that could also be played almost from day one on Linux. Yes, one of the most powerful and technically ambitious triple-A games of recent times, played better on Linux than on a PS4 (depending on the PC of course). The point is, if that story doesn't tell us already how different the Linux gaming landscape is today than it was 5 years ago, nothing will.

In 2021, more than 14 thousand Windows games work on Linux 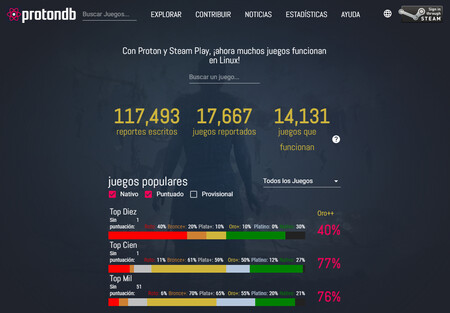 Next August, Steam Play will be three years old after being announced. This Valve initiative, unlike things like SteamOS, or Steam Machines, has not ended up being buried and abandoned, and also it has served to revolutionize gaming in Linux.

The point is that very few people use Linux (when we compare it with Windows, macOS, or even Chrome OS), and less Linux to play games, that on a large scale, it really still doesn't make too much noise.

But in its niche it does keep resonating. When Proton (the heart of Steam Play) saw the light of day, a community project was started soon after that is now called ProtonDB. There the users are in charge of test and write reports on how games work on different distributions and with different hardware configurations. 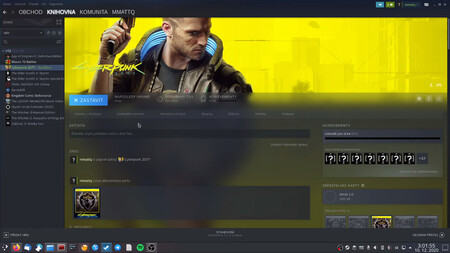 At the time of publication of this article, there are 14,131 games that work with Steam Play

The ProtonDB home page tells you how many games have been reported so far, and how many work. While that a game works does not mean that it works perfectly (to be honest this can also happen with Windows), the site has a color classification that indicates how well it works.

20% of the 1000 most popular games on Steam are listed as Platinum, that is, they work perfectly without having to change anything, while 55% are Gold (they work perfectly after making adjustments). Only 6% is rated Broken, meaning that it does not start or is unplayable due to failures.

The Linux gamer as a second-class citizen

Proton is a tool that Valve created by taking advantage of things like Wine and DXVK, to make a video game created for Windows can be played on Linux with a couple of clicks. The user does not have to configure almost anything, and everything is done through the Steam client for Linux.

This is your first key point. The second is that with Proton nothing depends on the game developer and the level of resources they are willing to devote to make their title work on Linux. For years this was the main problem of gaming on the platform, almost no one was interested in putting the additional work to offer a version for Linux, because it is simply too small a market.

It is a small market, but it exists. With something like Steam Play, what matters is how well projects like Mesa, Vulkan, OpenGL, Wine, and in general, everything related to Proton progress. Obviously the AMD and NVIDIA drivers and their performance level in Linux also help. 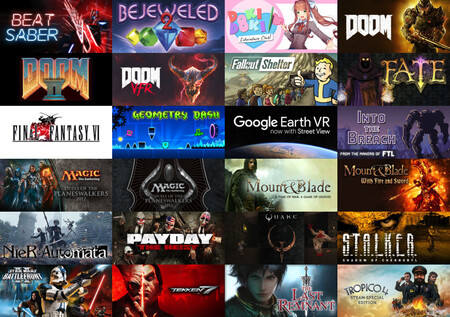 But it is more feasible to depend on all these things than to dream that a triple A studio, which has to develop games for Windows, a huge variety of consoles and sometimes even mobile platforms for the vast majority of its players, even consider supporting Linux. . Proton removes that requirement.

Proton is not even considered a mature project, it is something that is in constant development, and despite the short time it has been running, it has done what some would consider a miracle not long ago: make Linux gaming absolutely viable for the average user. The funniest thing is that officially Proton almost only supports the same handful of games with which it was announced, but unofficially, the community has already tried almost everything else.