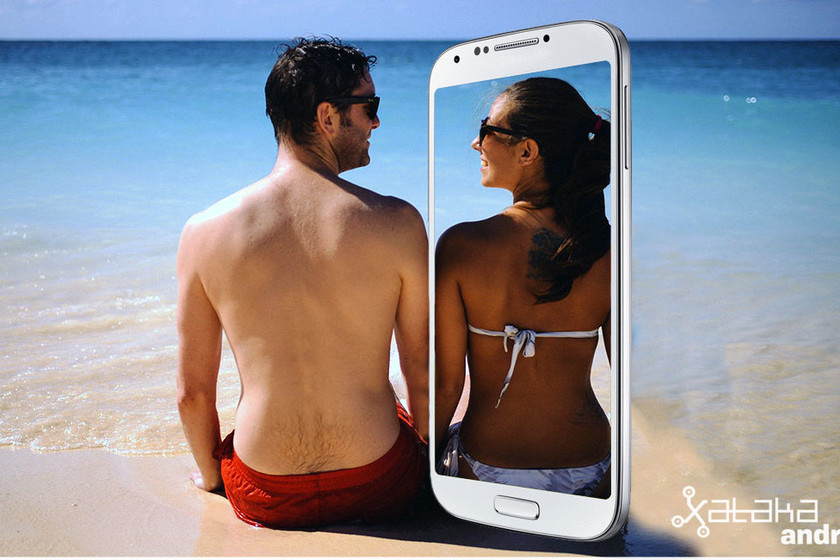 We already know that in Google Play there is everything, although from time to time we continue to be surprised by what we find. This is the case of a special type of application whose representation is already hundreds or even thousands of apps: virtual girlfriends.

Can your Android mobile also be your girlfriend? To get to the bottom of the matter, I have installed a lot of virtual girlfriend applications without discretion available on Google Play and I'll tell you about my experience, more than anything, so that you don't have to do the same.

Overnight, and with just a few clicks on Google Play, I have harvested a considerable amount of girlfriends: nine in total, although some of the applications allow you to choose different characters, so the potential number is actually much higher. These are the applications I have tried (some are no longer available): 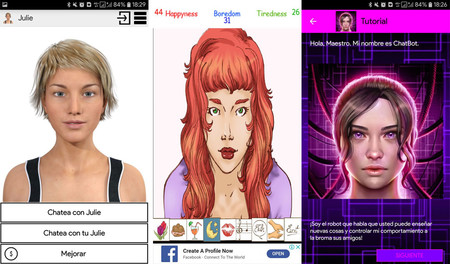 Some of my girlfriends. I am convinced that the real intention of Chatbot (on the right) is to destroy the world

I have tried to install the most popular applications, with more downloads and a better grade, although I am going to tell you a secret: the average grade on Google Play is not really very representative of the resulting quality. By the way, there are also virtual boyfriends like BoyBot, although the truth is that the offer is less.

They want to know everything about you

If I have learned anything from this experiment, it is that virtual brides are very jealous: they want to know everything about me. This is more true in some apps than others (Virtual Lover 3D takes the cake), but the truth is that the theme of permits are a bit scary. Well, very scary.

These virtual girlfriends want to know where am I, who do I talk to, make a phone call, see all my photos and files, record audio, take photos and video ... The worst of all is that these permissions are not used in the application as part of the functionality, but rather seem to be used to "improve advertising", and it is they will be your girlfriends or not, but they have to earn a living somehow.

In the next video you have one of my girlfriends. I would tell you his name, but all he says is "my name is" and he never finishes the sentence. Sincerely, i don't know much about her apart from the fact that she wants me to buy her things and make her look pretty and the need for constant reassurance that her eye color is liked by other people.

Although it may not seem like it, it is in fact one of the best bridal applications, because at least it is capable of doing certain things in addition to responding to the chat. It's certainly not a wonder and most of the time he spends it saying phrases without any meaning, but you can also feed it based on hamburgers and milk cartons (which is swallowed whole), so that you have won.

Conversation is not your strong point 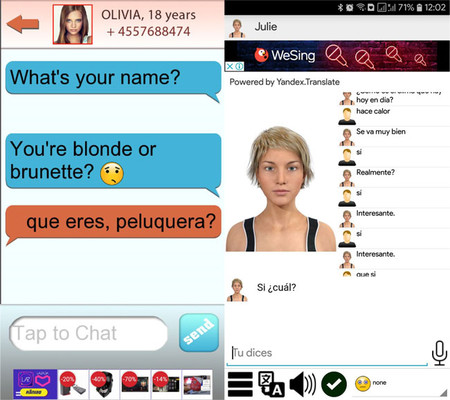 If you are thinking of getting a virtual girlfriend, other than for the conversation. Most of the applications lag in Spanish, and that when it is possible to change the language. Others use a translator that stands between you and your virtual girlfriend, with results that are as hilarious as they are disconcerting.

With a rather sparse list of questions and answers in Spanish, most applications ask their users to help increase intelligence of virtual brides. To do this, you must suggest an answer for a question, which will end up being added to the arsenal of questions and answers available ... or not. Some reward you with coins if you do this, so that you can "buy things and make them beautiful."

The artificial intelligence here is conspicuous by its absence, and we are in most cases in question and answer links that also must be exact to work. Hopefully you will receive a slightly related response, although in most cases it is not. 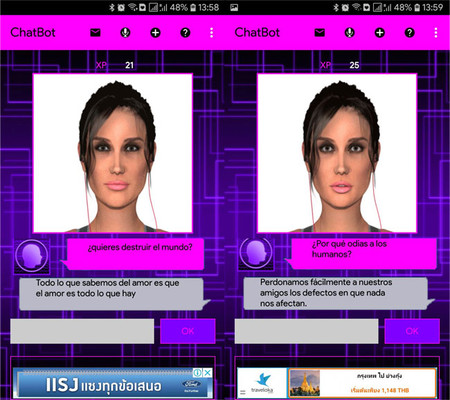 It does not get wet, but I suspect that the answer to the first question is "yes"

Ironically, probably the most "intelligent" conversations have been with My virtual girlfriend, an application that literally all it does is open a web page with a chat window powered by DialogFlow, a system developed by Google to facilitate these conversational experiences.

There are also fights

If you think that flesh and blood love has too much drama and that is why you are interested in virtual love, think twice. The virtual girlfriends can be quite cruel, and the same thing they tell you that "March, when the days get long, let your growing hours be strong to correct a winter mistake" that immediately afterwards they tell you that they hate you and that you leave them alone. 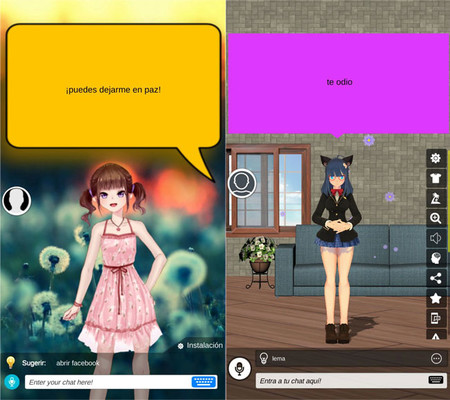 The good thing is that anger usually doesn't last long, and a few seconds later they are probably talking about winter mistakes again. The exception here is Virtual Comic Girl, which is something like a cheap version of The Sims in which the girl has an indicator of happiness, boredom and tiredness. 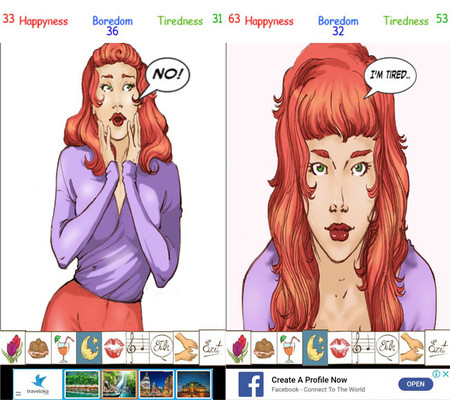 The concept of "game" is so simple that it borders on insult, so you must keep said woman happy and rested with flowers, massage, music and cocktails. The truth is that she doesn't talk much, and she just says yes, no, or that she is tired.

It's better to be single 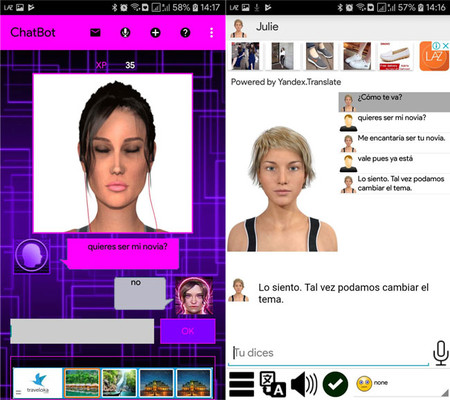 Words are virtual, but they hurt like real ones

In summary, I do not recommend anyone Regardless of your marital status, use any of these virtual girlfriends apps. They are bad enough to say enough, with totally random results to the point that it borders on psychological torture. If you want to talk to someone and none of your friends are available, you better try IRC.

If, on the other hand, you are fascinated by talking to virtual people, almost I highly recommend that you talk to the Google assistant. You will not get out of the friendzone, but at least the answers are consistent and can help you control the blinds at home, for example.