heart rate and blood oxygen measurement for less than 100 euros 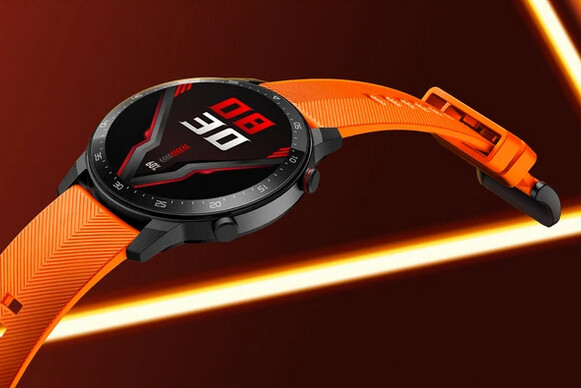 Along with its new Red Magic 6 and Red Magic 6 Pro terminals, Nubia presented in China at the beginning of March a new smart watch. Although the company already had other smartwatches on the market such as the Nubia Watch or the Nubia Alpha, the Red Magic Watch became the first to launch within its Red Magic line for the gamer public.

Among the most important features of the Red Magic Watch, its 1.39-inch AMOLED screen, the integrated GPS and the heart rate sensor stand out, all of which had been previously filtered. Now this watch finally lands in Europe with a very attractive price, as it does not exceed 100 euros.


Price and availability of the Nubia Red Magic Watch

Nubia has announced that the Red Magic Watch is now available in Spain at a official price of 99 euros. It is sold in two models, both with a silicone strap, one in white and the other in black. In addition, several additional straps will go on sale with different finishes (including a leather one) and five shades to choose from.

Up to 15 days of autonomy

In its sports side, the Nubia Red Magic Watch includes 16 modes, among which a special mode for footballers which creates a heat map on a soccer field to detect the areas where we spend the most time.

The Nubia Red Magic Watch has a weight of just 30 grams, supports dives up to 5 atmospheres of pressure (50 meters deep) and, although Nubia does not detail the capacity of its battery, it promises to last up to 15 days with average use.