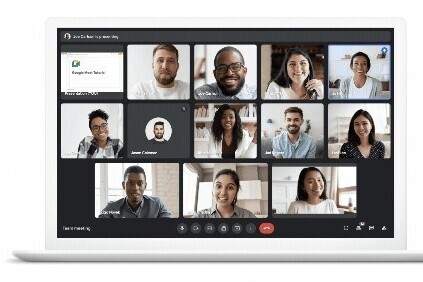 Google has announced news to its video calling tool Google Meet that contemplates the hybrid world in which we now socialize and work that mixes physical encounters with the virtual world more than ever before. One of the novelties is that it will have functions that they want improve camera sound and image by integrating artificial intelligence (AI) technology of Google.

These AI capabilities They want the meeting to maintain quality regardless of where you are or what device you use, so they will be used to improve the audio or video functions. Last year, the firm introduced low-light mode for Meet on mobile to its Meet, using AI to automatically adjust the video to make you more visible if you're in a dark environment. 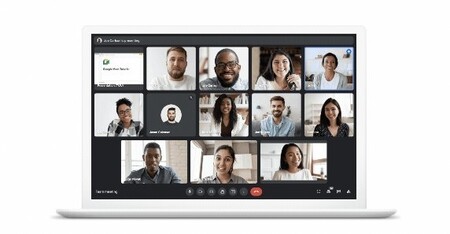 With the news announced today Google Meet on the web now automatically detects when a user is backlit, increasing the brightness to improve your visibility. The web light setting will roll out to Meet users around the world in the coming weeks.

In addition, the Autozoom function, powered by Artificial Intelligence to keep the focus on people during meetings. Autozoom helps others see you more clearly by using AI to zoom in and get framed in front of the camera. If you move Autozoom intelligently resets to keep your image centered. Autozoom will be available to Google Workspace subscribers (paid) in the coming months.

Change the background for a video and save data

In addition, from Google they have announced that in the coming weeks, they will add the possibility of replacing the background that surrounds the participants in the calls with a video. Replacing the background with a video can help you keep what's behind you private. Initially there will be three options to choose from: a classroom, a party and a forest, and Mountain View says there will be more soon.

Another of the novelties presented in the call Data Saving which, as its name suggests, limits the use of data on mobile networks to allow you to save on costs.