Facebook joins its foundation and Microsoft launches 'Rust for Windows' 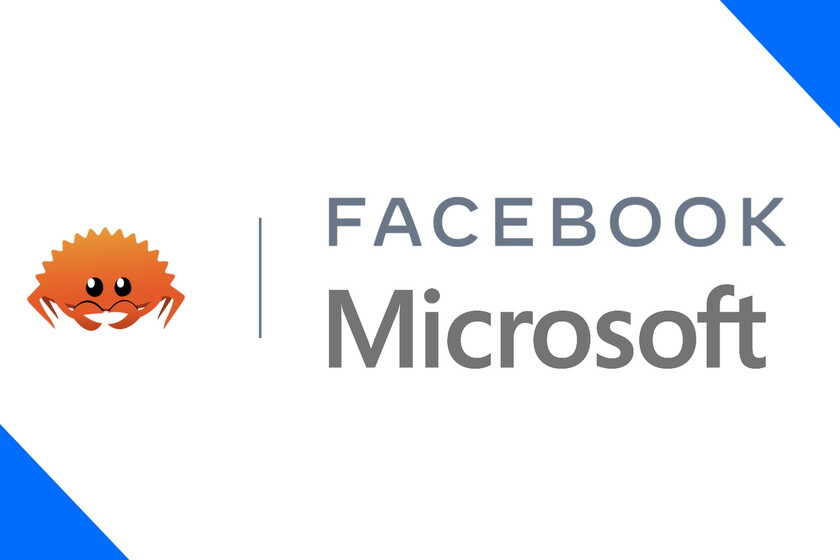 "Rust is bigger than Mozilla"stated in August 2020 Steve Klabnik, one of those responsible for the development of Rust, when it became known that Mozilla's financial situation was going to force the formation of an independent Rust Foundation.

That was confirmed last February, when Mozilla announced the launch of said Foundation ... hand in hand with Google, Microsoft, Huawei and AWS. And now, three months later, Facebook also joins the team.

In the words of Joel Marcey, head of Facebook's open source ecosystem and, from now on, a member of the board of the Rust Foundation,

"We teamed up with the Rust Foundation to help improve and grow a language that has become very valuable to both us and developers around the world.

We look forward to working with the other members of the foundation and the Rust community to make Rust a mainstream language. "

This is how Facebook got on the Rust train

Facebook started using Rust in 2016, when it decided to rewrite the two projects (Mononoke and Mercurial) that make up its source code change control backend. It was then a risky decision, because it required that the team learn to use a new language after having invested long hours in developing the projects in other most used languages.

In Mononoke's case, they had decided leave out C ++ for stability reasons; in Mercurial, they preferred abandon Python from previous versions in favor of a compiled language, for security reasons. And they decided to resort to the language created by Mozilla.

The reason? Rust's ability to detect major compile-time errors rather than having to wait to have the software in production, a fundamental aspect that they felt would make the transition profitable in the long term.

It could have been a mere experiment for a couple of very specific company projects, but the notable performance improvement seen in software developed in Rust his popularity within the company also increased.

Later too trusted Rust to develop some core functions of its Libra cryptocurrency, again thanks to the guarantees offered in the security section. In the words of Ben Maurer, CTO of Novi (the Facebook subsidiary in charge of the development of Libra),

"Over the past year, we found that while Rust has a high learning curve, it is an investment that has paid off. Rust has helped Libra build a clean blockchain implementation."

It was also in 2020 when Facebook created a team specifically dedicated to Rust within its programming languages ​​unit. One of your tasks is to ensure the secure interoperability of Rust with already developed C ++ code.

"We have a lot of C ++ code that is necessary to communicate with the back-end systems on which our services are based. [y] we need developers to be able to use these libraries safely and easily from Rust without sacrificing the benefits that Rust offers. "

But Facebook's support for the Rust Foundation is not the only novelty that the week has brought about this promising and thriving language: Microsoft also announced a few days ago the launch of 'Rust for Windows', which not only offers a 'crate' (component) that allows software developed in Rust to communicate with any Windows API, but it is accompanied by a whole pack of tools to develop with Rust on Windows.

The Windows version of the Rust compiler It is available on the website of the latter, but if we are going to use 'Rust for Windows' we will need to use it in conjunction with Visual Studio or with Visual Studio Code (accompanied, in the latter case, by the Rust-Analyzer and CodeLLDB extensions).

However, since these components are still under development, users will sometimes be forced to step outside of their normal development environment: new projects must be created from Cargo (the Rust package manager), using command line instructions.