data sheet of characteristics and price 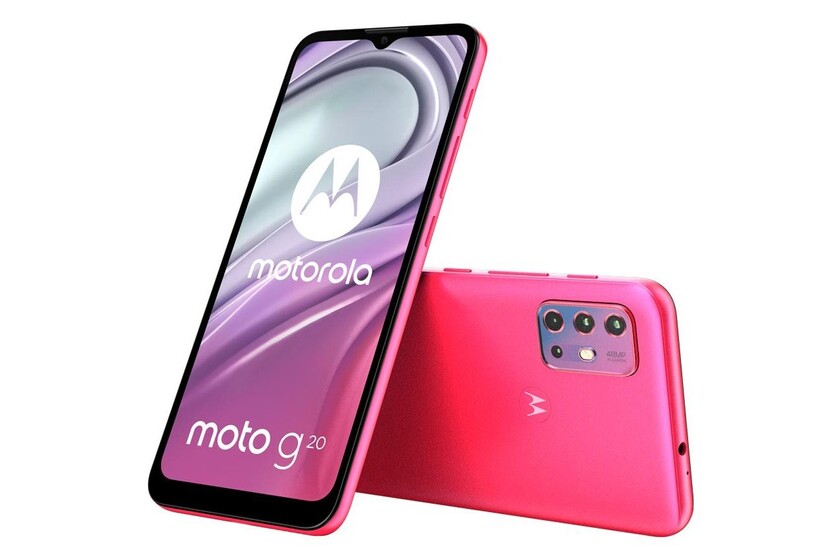 Motorola's double-digit G line continues to grow and now it's the turn of a new device that sits between the Moto G10 and Moto G30. The new Motorola Moto G20 It arrives offering low-middle-range features but some quite interesting, and goes on sale in Spain on May 15.

The model, as we have said, comes with somewhat trimmed features such as its HD + screen or its Unisoc processor, no matter how personalized it is. But in return we have 90Hz refreshment ideal for games and a large 5,000 mAh battery to offer us, according to Motorola, at least two days of autonomy without problems. Let's see the rest.

A low-profile midline with a great battery 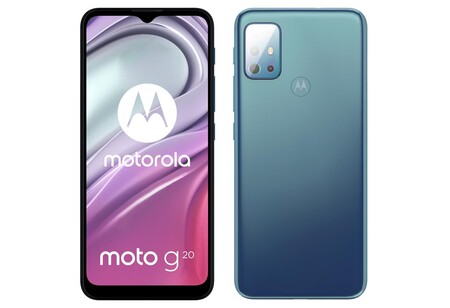 The new Moto G20 arrives in the Motorola catalog with a screen of 6.5 inches and 20: 9 ratio that offers us HD + resolution, which leaves us with 1,600 x 720 pixels in front of us that refresh at 90Hz speed. Despite its low resolution, a screen with which to enjoy games and that hides under it a 5,000 mAh battery with a 10W charge.

The processor is the Unisoc T700 customized for Motorola, an eight-core chip that runs at 1.8Hz and rests on a only version of RAM (4GB) and internal storage (64GB) that we can expand thanks to a microSD that will not be able to exceed the TB of extra capacity at any time. The phone arrives with Android 11 and with a fingerprint reader. 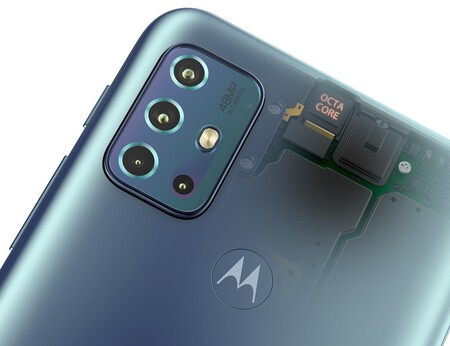 The rear camera set of the moto G20

The new Moto G20 arrives with a dual SIM tray with 4G in addition to WiFi, Bluetooth, GPS, NFC chip, headphone jack and a USB type C port for charging and file transfer. The new phone lands with dimensions of 165.22 x 75.73 x 9.19 millimeters and 200 grams of weight.

Versions and prices of the Motorola Moto G20 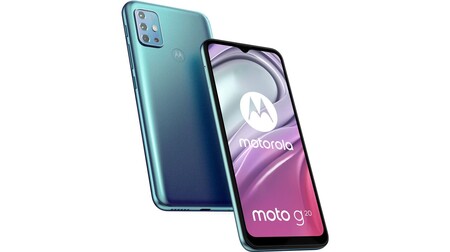 The new model arrives in stores in Spain starting next May 15, as well as on the official Motorola website, and it does so at a price of 159 euros.