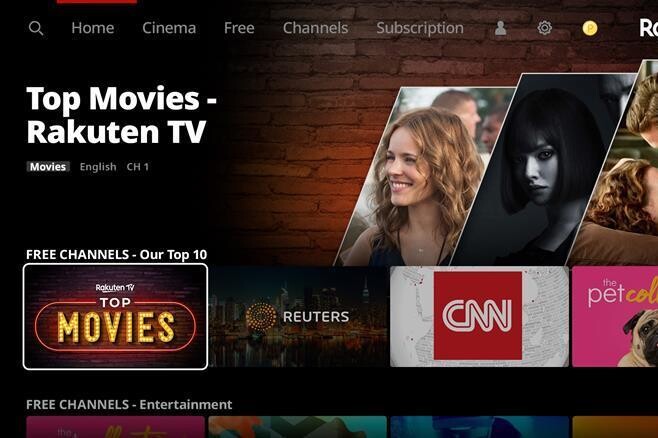 In the purest style of new platforms such as the recently released Pluto TV, Rakuten TV has just announced the launch of 90 free channels that broadcast shows and movies 24 hours to join the linear television offer on the Internet.

Although Rakuten TV already has a section to see free content with advertising (AVOD), this new offer that is launched in 42 European markets, will significantly expand the options of what can be consumed.

Television as usual, but online

The 90 channels will include a wide variety of content, from movies to music and sports to news, entertainment, lifestyle, and children's content. The platform has reached agreements with brands such as Bloomberg, Euronews (it will broadcast live), Qwest TV, Reuters, Stingray, The Hollywood Reporter, Glamor, GQ, Vanity Fair, Vogue and Wired.

Different countries will have different content. In Spain Hello! Play and Planeta Junior will provide programs, and there will be thematic sections of Spanish cinema. The platform's own catalog will fill in what we can see in the 90 linear channels.

Rakuten original and exclusive content will also be available

This type of offer means that we cannot choose what we want to see as in content on demand platforms (VOD), but that it is subjected to a fixed programming determined by Rakuten TV, more like the usual TV, but online and sustained free for advertising.

At the moment The Channels are in Beta phase and for now you can only enjoy them on Samsung TV Plus, Samsung Smart TV and LG 2020 and 2019 devices. You do not need to have an account to enjoy the content of the Smart TV app. Rakuten is working to expand support and more channels, you can check availability at this link.