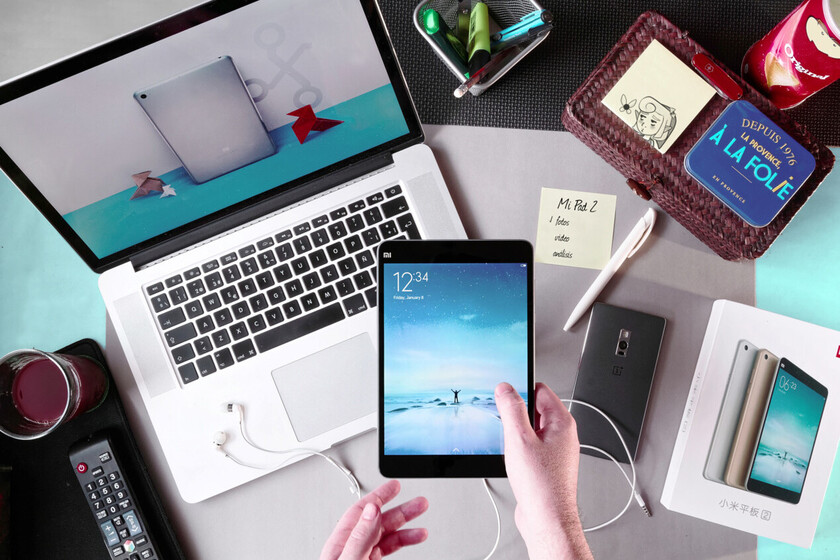 Xiaomi has had a line of tablets for several generations, the Mi Pads, although it is true that its passage through the market has been somewhat erratic. Since its launch in 2014 we have only had four generations, and almost none have had the international distribution that their mobile brothers have enjoyed since the brand's jump abroad.

Now, in Xiaomi's future plans there seems to be a fifth generation, a Xiaomi Mi Pad 5 from which some slight detail has leaked but which now receives a good push in the form of a patent. As has been leaked, Xiaomi already has its own stylus for touch screens projected, a possible Xiaomi Mi Stylus to accompany the Mi Pad 5 when it finally arrives.

More than two years have passed since the last Mi Pad we saw hitting stores, the fourth generation, but it seems that a renovation is in sight behind the scenes. One that would carry one of the latest Qualcomm processors in the high range, the Snapdragon 870 which is, for all intents and purposes, the equivalent of a Snapdragon 865 ++, being one step behind the Snapdragon 888 that currently leads its catalog.

Previous leaks also comment that the Xiaomi Mi Pad 5 would grow in front of previous generations that have carried 7.9-inch screens, so perhaps we would see a tablet with a 10-inch diagonal, or perhaps a couple of versions in circulation. Nothing is known about its date of arrival to the market, unfortunately, but it is always interesting to know that it is in development.

As for the stylus whose patent has been leaked, it does not seem to have great novelties in terms of design. We would talk about a fairly common stylus, similar to the current Apple Pencil and with a USB Type-C charging port on the back. Of course, it would be used via Bluetooth and the patent suggests that it would have a magnet in the middle to attach to metal surfaces, as does the Apple Pencil. 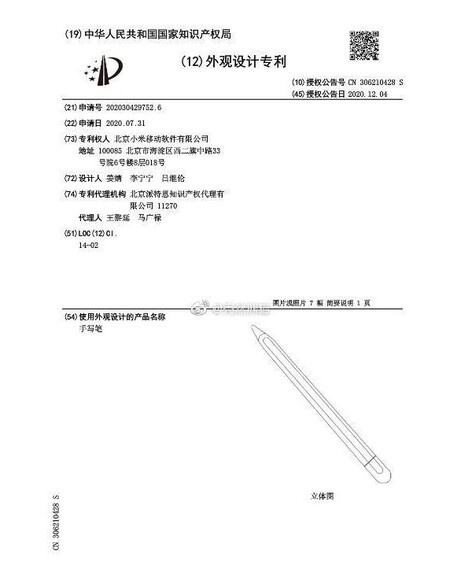 The patent of the future Xiaomi stylus

At the moment nothing else is known about this stylus, nor is it known about the Mi Pad 5. We trust that its arrival on the market is soon then June will be three full years since the arrival of the previous generation. Too long between models for a manufacturer, Xiaomi, which uses to renew each of its series in circulation much more often.