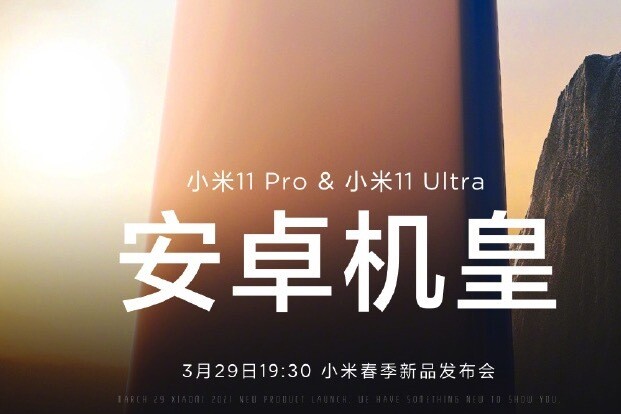 Xiaomi announced just two days ago a 'mega-launch' with a date for next March 29. The pace of the Chinese company is frantic, and it is that yesterday they launched the Xiaomi POCO X3 Pro and the POCO F3, days after presenting the Redmi Note 10 Pro. After putting the cards on the mid-range board, now it's up to the high-end to make an appearance.

The Xiaomi Mi 11 Pro and Mi 11 Ultra will see the light of day on March 29, as confirmed by the company on Weibo. They have not given details about these phones, although there are some interesting previous leaks and from Xiaomi they affirm that they clearly seek to have the Android crown.


An event on March 29 starring the high-end 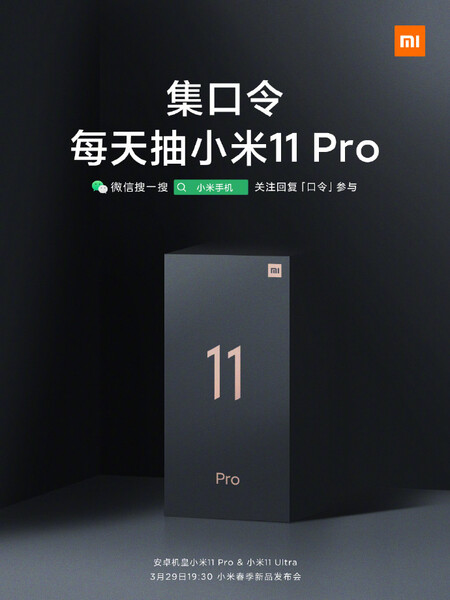 Xiaomi has shared two images in two posts on its official Weibo account. In one of them you can see the Xiaomi Mi 11 Pro box, in black and with an unknown depth, since they have played with the color black to hide it. In the other photograph, we can only see a render that does not give us any kind of clue, although in both images it is confirmed that both the Mi 11 Pro and the Mi 11 Ultra will arrive.

It is expected, according to leaks, that the Xiaomi Mi 11 Ultra is quite spectacular at the photographic level

The Xiaomi Mi 11 Ultra is an expected device since, in previous leaks, was seen with a secondary screen inside the camera module. It would be a screen to help us both to take selfies and to the models we photograph, a bet that other manufacturers have already tried in the past, such as Meizu with its Pro 7. It is also expected that the Mi 11 Ultra have one of the largest camera sensors ever seen in mobile phones,

About the Mi 11 Pro we think we know, according to rumors, that it will have a 50 megapixel camera in the main one and a 48 megapixel sensor for zoom, in addition to Quad HD + resolution and high frame rate.