Windows 10 is testing OEMDRIVERS, a folder dedicated to third-party drivers that will result in greater security 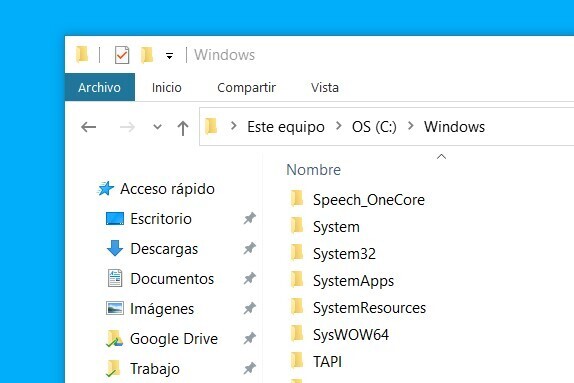 System32 is one of the most important folders in Windows along with Program Files. While the second only hosts the third-party applications that we install, in System32 are the files and binaries essential for the operation of the operating system itself. Maybe that's why Microsoft is testing a new directory.

OEMDRIVERS is the folder for drivers from third parties that recently found Albacore, a user specialized in scrutinizing different software code. And it's not a minor novelty because it means that non-Microsoft drivers are leaving the critical System32 directory.

The DriverStore folder, within the sensitive System32 folder, currently ends up storing both Microsoft and third-party drivers in a critical directory

Together but not mixed

Looks like Microsoft wants to isolate 3rd party drivers on Desktop similarly to how they isolate them on 10X. No dedicated partition, but a folder will do. pic.twitter.com/4DatghWNas

Drivers are the fundamental basis in the relationship of an operating system with the devices that connect to it and sometimes they are also minor stumbling blocks to your stability or something worse that could compromise security.

Perhaps due to these potential problems, it was not entirely logical for DriverStore to bring together all of the drivers validated for the operating system. It is true that before adding a driver to said folder, located within System32, the operating system verifies its legitimacy, but in the end both Microsoft and third-party drivers were stored together In the same place.

For the users it does not suppose any direct benefit, but it does indirectly since the stability of the system and its security may be increased with a further measure.

In the preview version of Windows 10 21H2, in the build 21343 as it progresses Bleeping Computer, this folder called OEMDRIVERS has appeared for the drivers unrelated to Microsoft and also located outside of System32. Specifically, its path is C: Windows OEMDRIVERS.

When enabled before the first system boot, Albacore explains, third-party drivers are migrated by Windows 10 automatically. As we said, for users it does not suppose any direct benefit, but it does indirectly since the stability of the system and its security may be increased with one more measure.