Windows 10 is giving the taskbar its own DLL file by getting rid of Explorer.exe 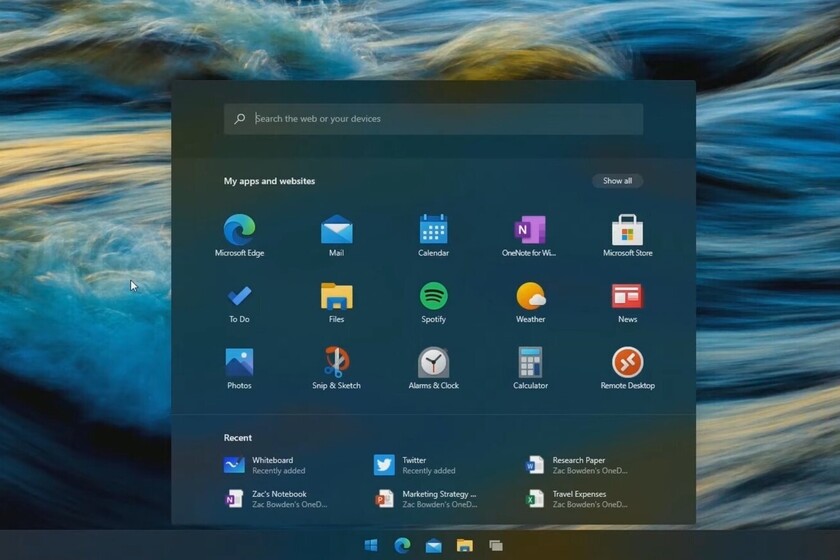 Explorer.exe, the Windows explorer process is and continues to be the process in charge of controlling everything related to our desktop and the explorer itself. From the start menu to the folder windows, through the icons and the taskbar. Nevertheless, Microsoft is changing this situation and making the last element independent in the last build.

Has discovered it Albacore, a Twitter user who periodically scans miscellaneous software code for changes and that in the latest build of Windows 10 for Windows Insider users has detected that the taskbar has its own DLL file, Taskbar.dll.

We could see the taskbar with its Taskbar.dll with the arrival of the next great version of Windows 10, 21H2, towards the next month of October

An evolution of the taskbar

The taskbar is being moved from Explorer.exe into Taskbar.dll. Surreal to see this get relocated after decades. Right now Explorer still contains the code, but it's possible to switch to the DLL implementation. There's still some odd bugs such as semi-broken search box UI. pic.twitter.com/2gNqcDNTzp

Although Taskbar.dll does not seem to be functional yet and the taskbar code is still located in the Explorer.exe process, the discoverer of this change ensures that it is possible to switch to the DLL implementation. However, there are some strange errors such as the search box interface looks "half broken".

This independence of the taskbar may mean, if it becomes effective, that Microsoft finds it faster to make changes to the component and make it more reliable by not depending on the macro process that it currently depends on. The errors of a folder window would not impact the taskbar or vice versa.

If the intentions that seem to evidence these changes in the build they end up materializing, We could see the taskbar with its Taskbar.dll with the arrival of the next big version of Windows 10, 21H2, which will be accompanied by the visual renovation known as Sun Valley, towards the next month of October.