Why is C always the default drive letter in Windows (but then you can change it to A :, if you want) 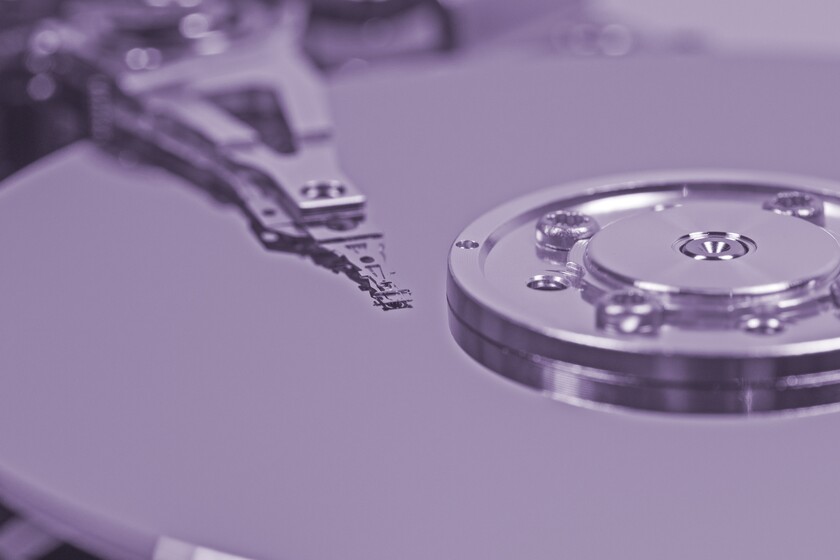 It's been there forever, as part of the Windows landscape, and you might not have wondered what it's doing there. We talk about that letter 'C:' that identifies your hard drive (or rather, partition) parent. That is, if it is the main one (and sometimes the only one), Why not assign it the A: or the B :?

This is not something unique to Windows operating systems, but a nomenclature inherited from its 'father', the MS-DOS system, since its launch 40 years ago.

And the reason why the first two letters of the alphabet weren't assignable to hard drives then is simple: computers back then they didn't always come with a built-in hard drive, but they did have removable media reader drives, such as floppy disks (8 ", 5¼", or 3½ ") or tapes.

It was to these units that A and B were reserved exclusively for them... and to the rest, whether or not they were hard drives, the remaining letters were being attributed.

The importance that Microsoft has always attached to backward compatibility it kept this tradition going after the advent of Windows and the loss of importance (or disappearance, later) of floppy drives. All this in order to ensure the proper functioning of old software.

But, that the default behavior of Windows is to reserve A and B to floppy drives does not mean, in the event that our equipment lacks this kind of hardware, we can't alter that assignment to link any of those letters to one of our disk partitions.

The first method of reassigning drive letters is to use the native Windows 'Disk Management' tool. To run it, just write 'diskmgmt.msc' in the search bar of the Windows interface (or from 'File> Run New Task'in the Task Manager), and a list of the units in our system will be displayed before us.

We just have to right-click on the one that interests us, click on "Change the drive letter and paths": 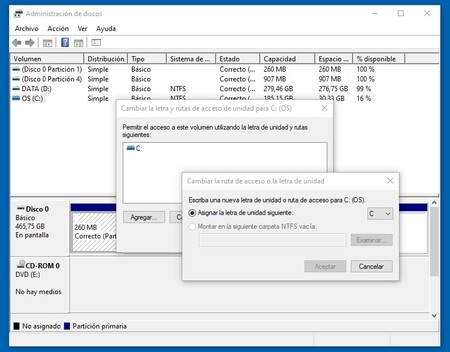 In the window that appears, we will click on the change button, and then A drop-down field will appear with letters from A to Z. We choose the one that interests us, click on 'Accept' and that's it.

The other alternative for the same task involves resorting to text mode, using the system terminal (CMD.exe) and entering the following script (not including the brackets):

Done that, we will immediately see the drive letter changed.