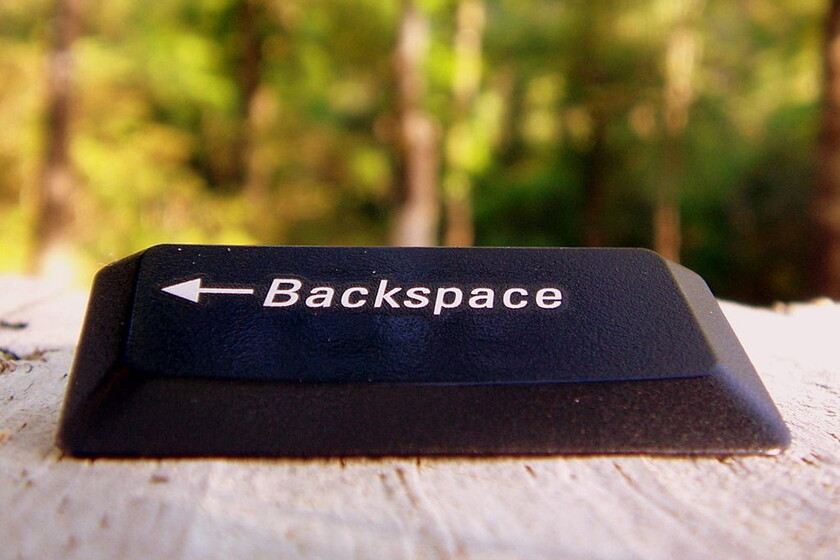 Long ago, users most fond of operating their PC using the keyboard could use the backspace key to go back during your browsing sessions; It was a keyboard shortcut accepted by all major browsers and, of course, a faster alternative to clicking the equivalent button on the Firefox, Chrome or Internet Explorer toolbar.

The first to get off the car was Google Chrome, almost 5 years ago, with its version 52. A little more than two years later, from its version 1809, also Microsoft decided to dispense with the shortcut in the pre-Chromium Edge (It did not get to do it in Internet Explorer, still executable in Windows systems, but being an unsupported browser it does not count).

Y yesterday it was Mozilla Firefox, the last Gallic village of the Kickback still standing, who announced its deactivation as of its recently released version 87. It makes sense that Firefox is the last browser to say goodbye to this keyboard shortcut, as it was its 'father', Netscape Navigator, the first browser to implement it.

But ... why do the developers of the big browsers decided to scrap this little trick? And most importantly ... how could we get it back?

In answering the first question, it was fundamentally a question of huge problem of usability. To understand why we have to start by remembering that the Backspace key has other function aside from the one of 'going back', and is that of delete the text to the left of the cursor.

The fact that the key in question opted for one or another behavior depended solely and exclusively on a factor: whether or not the focus of the interface was located in a text input field. If it was, the key erased ... if not, the key made us go back.

But the problem arose when the focus was not where the user intended and, for example, after filling in a long form, an inadvertent click outside of it changed the focus, and an attempt to delete a word became a page change resulting in the loss of all previous work.

Y it was not unusual for that to happen. Imagine the anger of many users.

How do I get this functionality back?

But if even knowing this (and that there is still an alternative keyboard shortcut for all browsers: Alt + Left Arrow) you think it would be interesting recover this functionality, you have it easy: