we are more expert, we are better equipped and we embrace teleworking 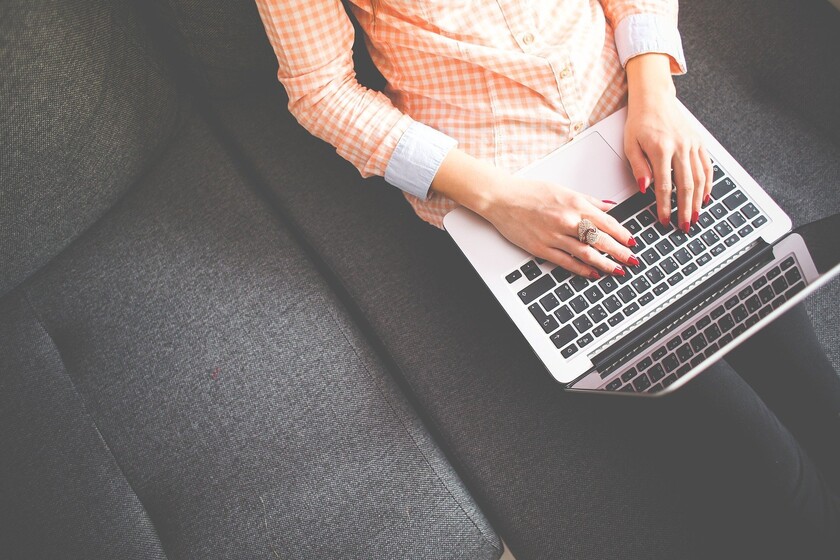 We use more programs and applications than before, we buy more online, we have renewed devices and we feel comfortable with teleworking. These are some of the conclusions that the results of the 23rd Survey of Internet Users, Navegantes en la Red, show, the study on this subject with the longest trajectory and with the largest sample in Spain.

The work prepared by the Association for Media Research (AIMC), indicates that half of the users surveyed, as a result of the pandemic, are making better use of the possibilities offered by the internet. This statement is materialized in various data.

83% of those interviewed affirm that, if they could choose, they would choose to telecommute at least half the time

For example, more than a third of those surveyed use more programs or applications than before, those who claim to make the majority of their purchases online increased from 33.5 to 39.6%, 3 out of 4 interviewees are subscribed to a platform of content on demand such as Netflix or HBO and 83% of those interviewed affirm that, if they could choose, they would choose to telecommute at least half the time.

More connected than ever 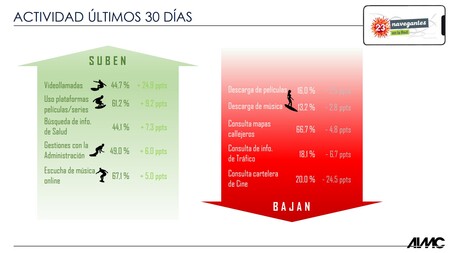 Navigators on the Net, a survey in which nearly 25,000 internet users aged 14 or over who visit Spanish websites have participated, reveals almost half of them, around 47.8%, state that they are "almost constantly connected" actively. If we also take into account those who say that they access the Internet at least several times a day, the figure with respect to the total shoots up to 92.3%.

This increase in hyperconnection is also shown in the time we spend connected daily, which has gone from 235 to 252 minutes since the last study. Part of the fault is, as is evident, cell phone. 47.9% of Internet users access the network through this device. It is the first option ahead of the laptop, with 23.8%, and the desktop computer, with 22.2%. 5.5% of users access through tablets. 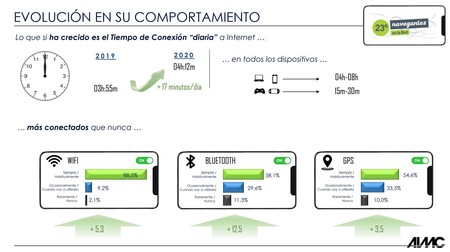 What's more, the use of the internet through the mobile phone is also very intensive according to the study. 36% of those who use it to access the Internet say they do so almost constantly "and only 13% of those who connect through this device do so less frequently than 'several times a day'".

Therefore, the daily connection time to the internet grows, we remain more connected than ever ... but We do it differently, more than likely due to the pandemic. Connections made abroad drop notably both on the street and in public places such as hospitality establishments, as well as shopping centers or airports.

Also noteworthy are internet-related activities that go down and up when respondents are asked what they have done in the last 30 days. Video calls, the use of audiovisual platforms, the search for information on health, the management with the administration and the listening of music by streaming. On the other side of the scale, it lowers the download of movies, the download of music, the query of maps, the query of traffic information and the query of the billboard. To underline a couple of figures, the increase in video calls was 24.9 points, while the decrease in the consultation of movies on the bill was 24.5. 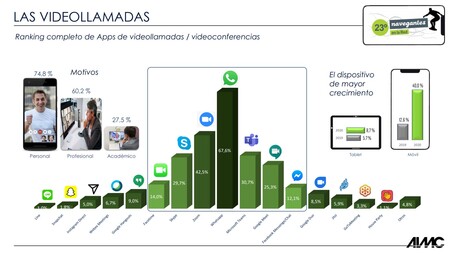 47.7% have participated in video calls in the month prior to the survey and that is double that of the previous year

Let's stop at the use of video calls. These have doubled compared to 2019 and about half of those interviewed in the Navegantes en la Red study assure that they hold at least one monthly videoconference. In fact, almost half of them, 47.7%, had participated in video calls in the month prior to the survey, and that is double that of the previous year.

On teleworking, the study leaves us with a clear conclusion: the majority would keep it. Specifically, 81.8% of those interviewed say that, if they could choose, they would choose to work from home at least half the time. 23.5% would prefer to telecommute all or almost all of the time, while only 4.5% choose to work completely or almost in person. In this sense, 57.9% believe that their job is perfectly compatible with working remotely. 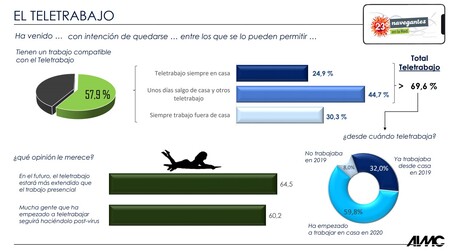 26.3% have renewed their mobile phone, 25.2% have bought a new computer and 21.8% say they have a better internet connection

The pandemic seems to have also brought about a renewal of devices, either in terms of quantity or quality; 62.2% say so. Specifically, 26.3% have renewed their mobile phone, 25.2% have bought a new computer and 21.8% say they have a better internet connection, among other data.

This year also highlights other data in terms of consumption. In the field of mobile payments, 71% say they have ever used Bizum or Twyp and 46% use their mobile to pay. Subscriptions to newspapers or magazines have also increased, while new paywalls have emerged, while 3 out of 4 respondents say they are subscribed to platforms such as Netflix or HBO. Regarding social networks, despite the fact that Facebook continues to be used by 74.3%, Instagram second with 62.1% and Twitter third with 49.2%, TikTok breaks as sixth ranked being used by 13 ,3 %.