this will be your new interface 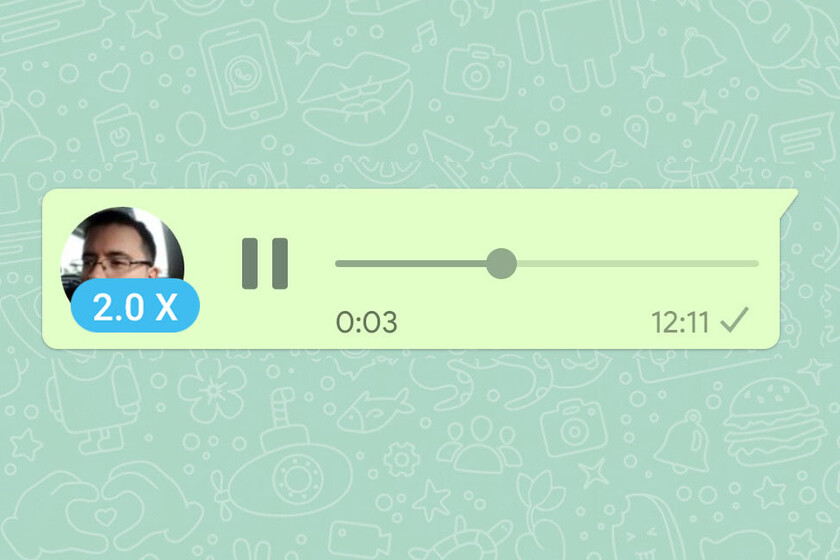 For a week we have known that one of the next news of Whatsapp It will be to be able to reproduce voice notes at a higher speed, but until now this new feature was a mystery.

It was unknown how the interface of the new notes player will be, more importantly, what speeds will be available. Two doubts that have been resolved with the latest beta version of WhatsApp for Android.


This will be the new WhatsApp voice notes

This feature is still in development and is not available to users, but version 2.21.6.11 of WhatsApp Beta hides in its source code the new note playback and the guys at WABetaInfo have managed to show us a preview.

The only change in the note player interface is that the microphone icon has been changed to a play speed button with the design of a blue pill.

WhatsApp is working on 3 different playback speeds for voice messages, with a nice UI!
The feature is under development and it will be available later for iOS and Android beta builds.


As you might expect, by default the playback speed comes to 1.0 X, at normal speed, but by pressing on the button we will increase the playback speed to 1.5 X Y 2.0 X. It also seems that the application is prepared to play the notes at lower speeds, but that they would not go out to the public because it does not make much sense to want to listen to a note in slow speed.

Therefore, if the thing does not change, WhatsApp will allow us play voice memos in three speeds, something practical for those long voice memos that we sometimes receive. This functionality is expected to arrive on WhatsApp in the coming weeks.