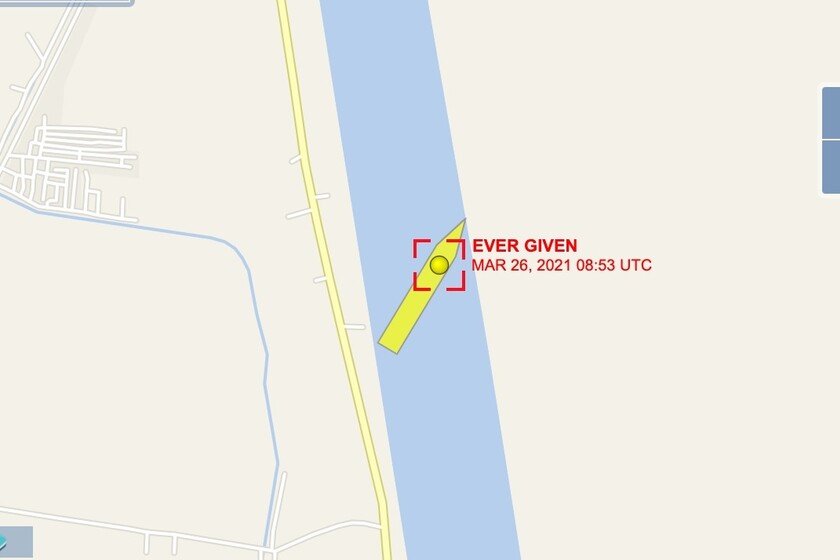 The ship / cargo ship Ever Given has now been stranded in the Suez Canal for almost three days. Beyond the anecdotal, this cargo ship has paralyzed a very considerable percentage of global maritime traffic, as it is a route through which 12% of the world's traffic passes.

It has reached such a point that many vessels are passing a valid but much longer and more expensive route through the Cape of Good Hope in South Africa. In just three days, this whole situation has already made the price of crude more expensive.

For the most curious, for those who want to follow the adventure of Ever Given in real time, which drew a penis in the sea before running aground, Tom Neill has designed the website "Is that ship still stuck?". With it he answers the simple question of whether the ship is still aground, showing how long it has been stranded and where the ship is located.

How to view world navigation on a map 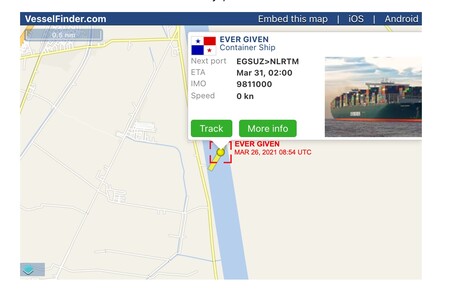 To build this website, the developer has used the Vessel Finder platform, with which it is possible to see in real time the position coordinates of all ships registered worldwide, in the style of FlightRadar, but for ships.

Using its tools to embed maps in webs, obtaining only the position of the Ever Given is a piece of cake. However, if we are interested in seeing what is around, we only have to go to Vessel Finder and go to that area of ​​Egypt, and we will see something like this: 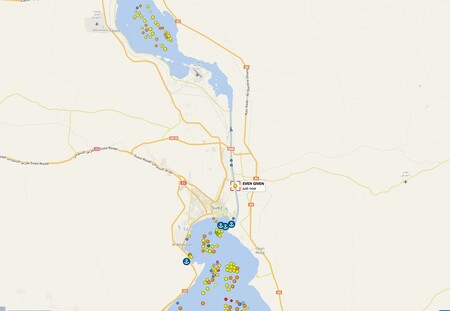 If we zoom even further, we can see the boats that it has around, who are helping in the decaling tasks, together with the excavator that has served as a multitude of memes. On the other hand, if we are interested in seeing all the world navigation on another website, another possibility is to use Marine Traffic, which we already talked about almost three years ago. This is the image that he is throwing right now of the Cape of New Hope: 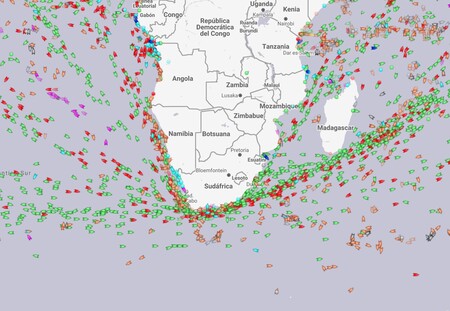