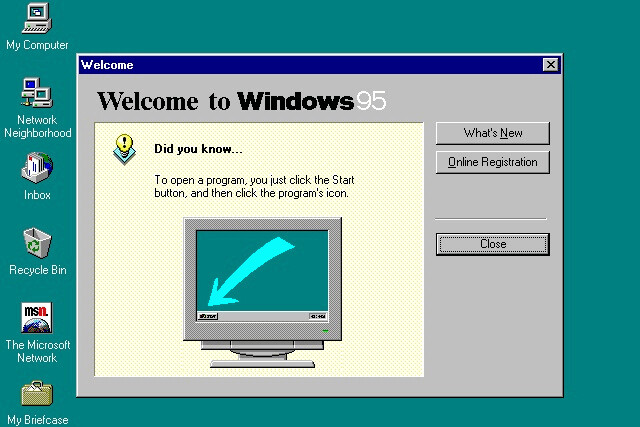 If something seems to appeal to developers very much, it is hide easter eggs in software, in some cases it is even a custom that users expect with each version. But undoubtedly these secret messages are more striking when years go by without being discovered by anyone.

This is the case of a easter egg of which until now there was no mention on the web and that was hidden inside the Windows 95 Internet Mail program. Discovered by developer and hacker AlbacoreIt is a credits window with the names of the programmers, but the strangest thing of all is what you have to do to make it appear.

25 years buried behind a secret code

To activate the Easter egg, open the Internet Mail window, click on Help (Help) and then on About (About). When the new window opens, you have to select the file comctl32.dll from the list to highlight it. Then you just have to type MORTIMER on the keyboard.

When you do this, a credits window will appear in which the names of the developers are passed in red letters in front of a black background. If you are wondering how people discover these things, you are not alone, and the steps probably do not make any sense to anyone.

Internet Mail was an application that was part of Internet Explorer 4, and that would later be replaced by Outlook Express. That today, 25 years later, it appears in the news for a curiosity like this, is perhaps part of the magic of hiding Easter eggs like that in the first place.