The rise of streaming saves the market for recorded music in Spain from the collapse in 2020, which already has 3.7 million subscribers 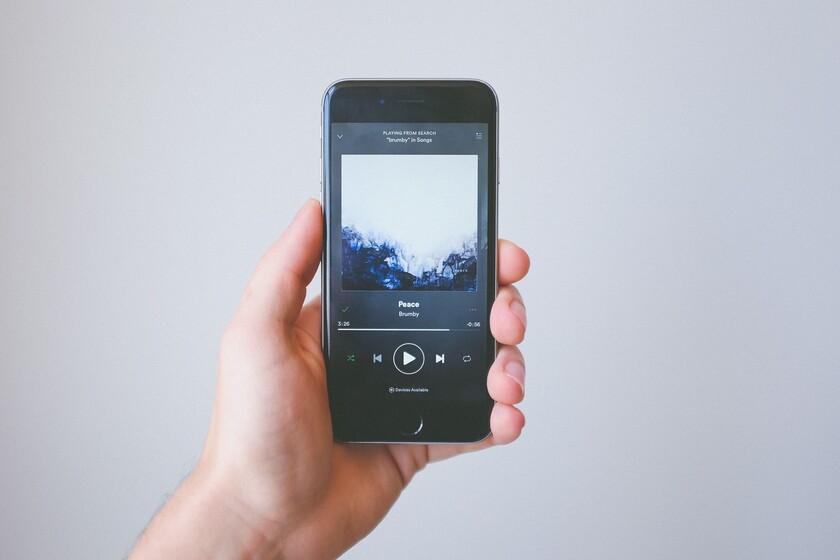 As is customary, Promusicae and IFPI have published their annual reports on what happened the previous year in the market for recorded music at a national level in Spain and at a global level. It's about a A particularly interesting year to analyze due to the effects that the pandemic may have had after several very good courses.

In Spain, compared to the strong growth of 2019, the market has entered a moderate 4.42%. The growth engine is once again the digital market, which grew by 22.20% driven by advertising revenue from free music and video plans with advertising, such as Spotify and YouTube, and by a 13.54% growth in audio subscriptions.

The market for recorded music in Spain has grown little because, unlike in other years, the physical format has collapsed without a savior. If in other years vinyl surprised by cushioning the recurring decline in sales of physical CDs, this year it has only grown by 0.4%. It may be a pandemic effect, but it may also have peaked in this retro fashion.

Paid subscriptions already account for 44% of the entire market in Spain with 3.7 million subscribers 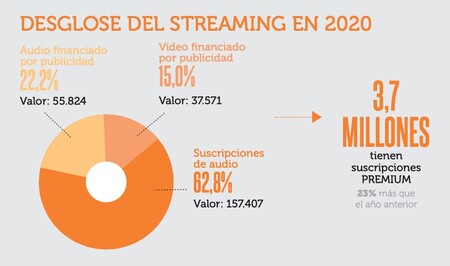 Despite the fact that the first weeks of the lockdown, streaming consumption fell, especially among premium subscribers, at the end of the year the market for this modality recovered, growing a total of 24.4%. The most relevant thing is that digital platforms already have 3.7 million paying subscribers, which in turn represent the source of 44% of market income in Spain.

It is also remarkable in the digital market financed by advertising the role of music used on social networks such as Tik Tok, Instagram, Facebook or Snapchat, and from Promusicae they indicate that their activity was the one that prevented the free market from falling. What did fall was the physical market, 24.5%, and they point out that the transition to digital accelerated with the closure of stores during confinement.

Usually, COVID-19 has had a great impact on the sector, especially if we talk about live music, and from Promusicae they indicate that compared to the 354 million euros obtained in income, without confinement the sector would have achieved about 400. Thus, compared to the 4.42 percent with which the year ended, the sector would have grown by 18% if everything had gone according to plan.