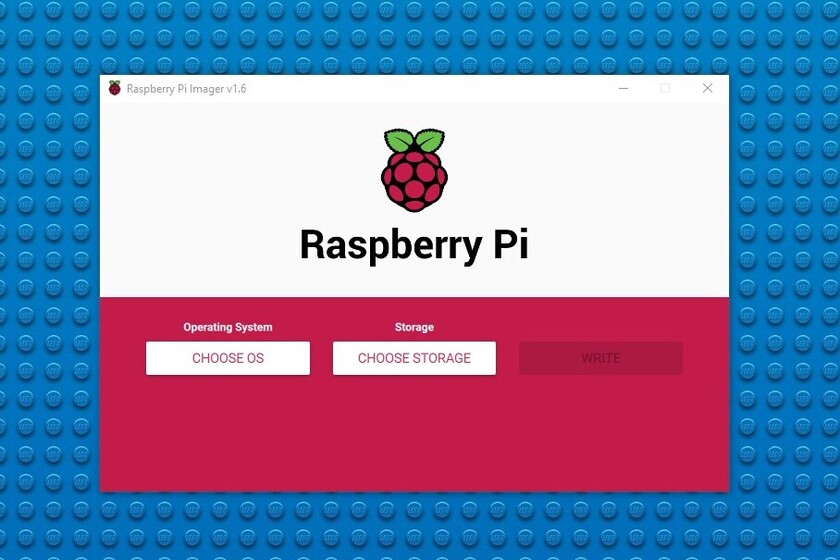 One of the trickiest aspects of starting up a Raspberry Pi microcomputer is the process of installing the operating system on an SD or microSD card (since this device does not have a hard disk).

Although there are several third-party alternatives, almost a year ago its creators launched one new official tool called Raspberry Pi Imager, which facilitated the task of preparing the SD card and writing a disc image to it operating system.

The OS in question it didn't have to be just Raspbian (the derivative of Debian Linux also developed by the creators of the Raspberry), but it also gave us a choice LibreELEC or some * .IMG file that we had previously downloaded.

The program was the simplicity personified. We chose the OS image, the system unit corresponding to the chosen SD, we clicked on record, and that's it. But, unfortunately, many users also criticized that same lack of options.

Changes in the new version

A criticism that its developers took note of, which has resulted in a new update to the Raspberry Pi Imager, which reached its version 1.6 this week.

"We were presented with a complicated problem: how could we support advanced functionality, while maintaining the goal of being easy to use and making it difficult for the user to make mistakes?

After much discussion on GitHub, we have finally decided to introduce an advanced options menu. "

Thus, if we download this new version of the application, we will find an interface identical to its predecessor ... until we use a keyboard shortcut:

By doing this, it will appear to us a new window that allows you to configure certain elements of the system before the installation itself, such as hostname, WiFi password, SSH, keyboard language, time zone, etc: 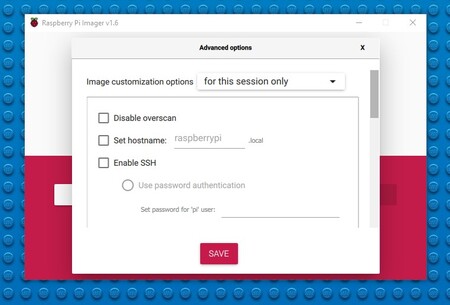 Then, in addition, we can configure aspects related to the image recording process, such as notifying the user of its completion, or ejecting the drive after it. With regard to telemetry, the Raspberry Foundation claims that it is limited to pinging its website for usage statistics purposes. 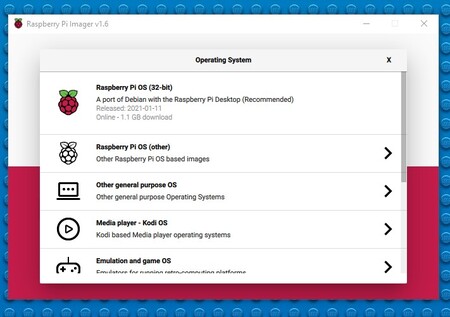 But it is not the only change of this new version: also The catalog of operating systems available to install has changed. Thus, Raspbian has been replaced by Raspberry Pi OS (same OS, new name), and several new options have been added:


Can to download this tool from your website for Windows, macOS and Ubuntu. And here is a video with official instructions on how to use it: