The gallery of the Samsung Galaxy hides a secret menu of options, so you can activate it 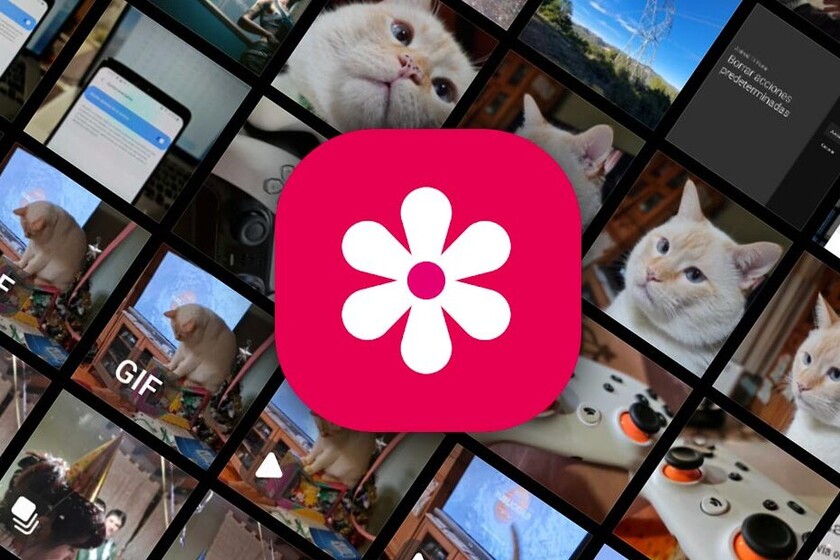 All telephones have hidden experimental functions behind a 'wall' that makes access difficult for those who do not know how to use these functions. This is the case of development options on Android devices, for example; The same happens in apps like the Google Play store or the hidden development menu in the Chrome browser. Even Samsung hides a menu in its gallery app: with it it is possible to further customize the image and video viewer.


Tap several times on the version number to reveal the secret 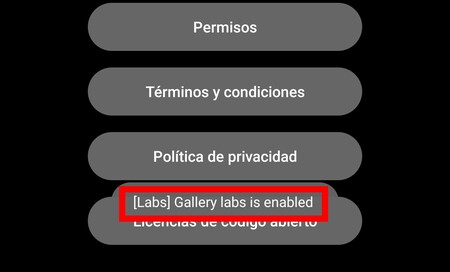 The experimental options in the Samsung Galaxy gallery are suitable for the different versions of One UI: from 2.1 to 3.0; apart from that the hidden menu also offers global options that are not directed to a specific version of the layer. It's an extensive set of options that greatly enable gallery customization, all at the cost of some risk to app stability. Not for nothing are experimental options.

As SamMobile discovered, Samsung hides its 'Gallery labs' section behind a well-known activation: click repeatedly on the version number of the gallery. It is a simple process that is carried out as follows: 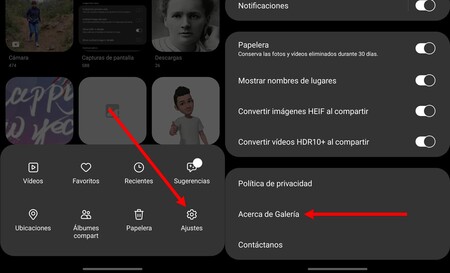 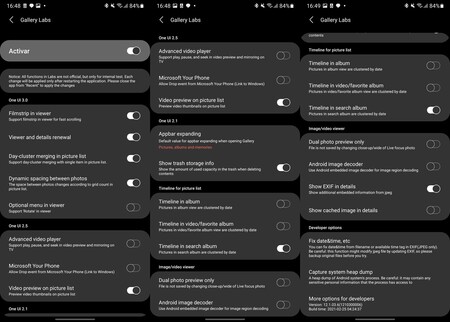 The hidden settings menu offers various customization options for the gallery. With it you can activate and deactivate functions related to One UI, as well as other more generic ones. It is possible alter content viewer behavior, add filtering capabilities for images, deciding whether to show all Exif data in image details, and many more changes that Samsung is testing internally on the way to bringing them to stable versions of the gallery.

As usual in experimental menus, it is advisable to touch as little as possible if it is not well known which is the function that is being alternated. Even so, using the experimental menu is not too risky: the options do not alter the photos and videos saved, but the way they are viewed and arranged.