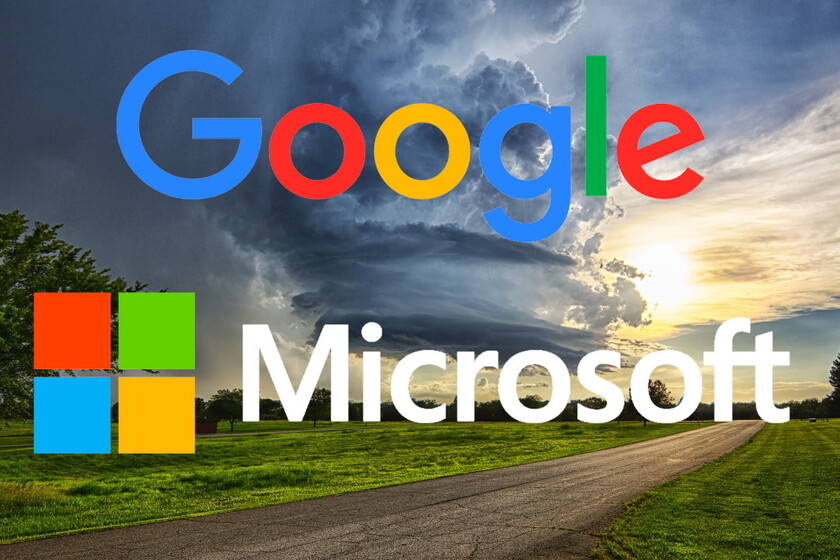 Until 2016, the relationship between Microsoft and Google, two of the benchmark giants in Silicon Valley, it wasn't exactly good: They had been filing complaints against their rival for years before regulatory bodies around the world.

Those were the days when Microsoft led an anti-Google lobby called 'FairSearch' that promoted all kinds of antitrust initiatives against Mountain View.

So, after the success of a mutual patent agreement in 2015, and thanks to the 'cordial' relationship between Sundar Pichai and the new CEO of Microsoft, Satya Nadella, it was possible to sign a 'ceasefire' between the two companies. A status quo that seems to have been blown up in recent days.

Google is tired of Microsoft again

A few hours ago, Google published a statement on its website stating that recent Microsoft's attempts to promote legislation that requires the search engine company to pay to publish news they were nothing more than an attempt to divert attention from the "multiple vulnerabilities" affecting their products.

In the text they explicitly cite the SolarWinds attack and describe all the organizations that have been affected by it, as well as the recent massive theft of emails from Microsoft Exchange.

"We respect Microsoft's success and compete hard with them in cloud computing, search, productivity apps, video conferencing, email, and many other areas. Unfortunately, as competition intensifies they are back again. [...] attack your rivals now lobby for regulations that benefit your own interests".

"So maybe it's not that surprising to see them dust off their old Scroogled playbook."

'Scroogled' was the name that was given at the time to the advertising campaign orchestrated by the then CEO of Microsoft, the vehement Steve Ballmer, with which fiercely but ineffectively attacked various Google services between 2012 and 2014 like Google Shopping, Google Play Store, Gmail and others. This was one of the ads for that campaign:

Google also recalls that despite the interest in making Google go through the media box, they have launched the Google News Showcase initiative "with which we have committed to investing 1 billion dollars in three years", while

"Microsoft, the second largest company in the US. [...] when it has had the opportunity to support or fund its own journalists, it has replaced them with AI bots. "

Image | Based on an original by Patrick Emerson