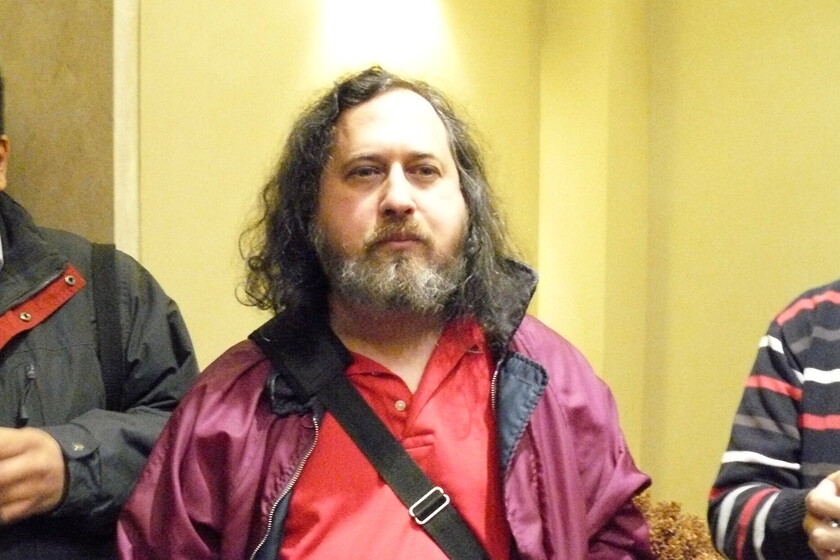 Richard M. Stallman, the legendary founder of the GNU project and developer of Emacs and GCC, announced during the FSF LibrePlanet virtual event that has rejoined its board of directors and that "has no intention of resigning again".

"I have an announcement to make: I am once again on the Board of Directors of the Free Software Foundation. [...] Some of you will be happy with this, and others may be disappointed, but who knows? "

Certainly unexpected news, as Stallman has already been forced to resign of the presidency of the Free Software Foundation (another of his creations) now a year and a half ago, in the midst of a huge controversy. After a few hours of confusion, as the FSF had not echoed the news on its website, Stallman's successor at the head of SFS (John Sullivan) has confirmed the announcement.

His resignation in 2019 was due, in the words of the programmer and activist, to "a series of misunderstandings and mischaracterizations" unleashed as a result of the publication of an article by an MIT graduate (entitled 'Remove Richard Stallman'), in which she echoed Stallman's views on the controversial connection between Jeffrey Epstein and MIT.

The then president of the FSF had endorsed in an email to Marvin Minsky, a renowned computer professor at MIT ... after having been this posthumously charged with sexual assault in the lurid case that linked Epstein's friends (businessmen, politicians and 'celebrities') with a plot of prostitution of minors.

Perhaps the controversy unleashed would have passed by if not for the online newspaper Daily Beast rescued a whole series of publications and statements in which Stallman claimed downplaying certain cases of child pornography based on its well-known advocacy of lowering the age of consentor up to 14 years.

So, in the face of the controversy unleashed, Stallman had to resign both his positions at the FSF and his status as a visiting scientist at MIT - "due to the pressure on the Foundation and on me," as he declared at the time. a decision that was explicitly celebrated by other leading free software figures as Neil McGovern (of the GNOME Foundation), as well as by the FSF's own European section.

And what will happen now?

It is unknown how his return to the internal life of the FSF could now affect your relationships with other organizations in the open source movement... as well as if Stallman could at some point return to the presidency of the foundation.

In any case, while Stallman continues to attribute everything that happened to "a series of misunderstandings", the truth is that in this time of absence he has done little to clear up these misunderstandingsTherefore, it is not explained what has motivated the governing bodies of the FSF to reinstate him just now.