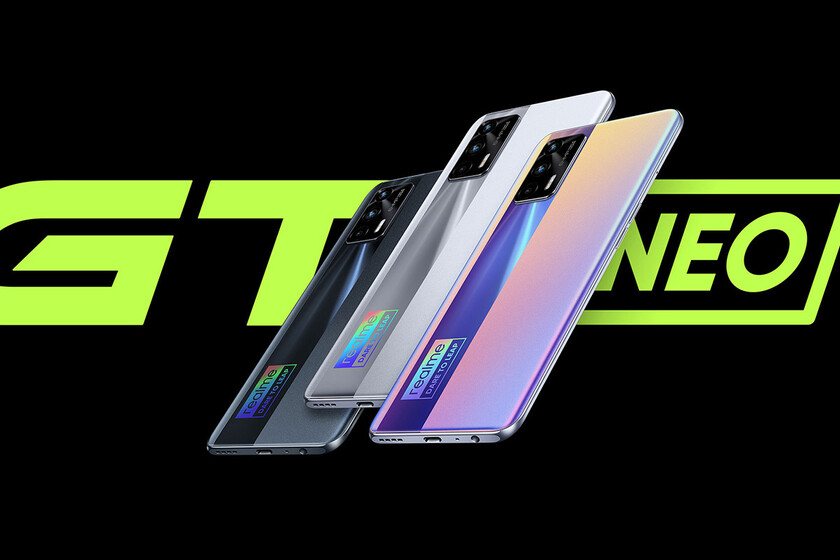 Realme began the month of March by announcing the powerful Realme GT with Snapdragon 888 and that a new series was starting. The circle is completed on this last day of March with the second model in the series: the also powerful Realme GT Neo, albeit with MediaTek's Dimensity 1200.

The Realme GT Neo is quite similar to the Realme GT, but with a few changes to its specifications. It is presented as un new inexpensive high-end that starts from the 240 euros to change and the first to include the most powerful MediaTek processor.

The first with MediaTek Dimensity 1200

We ended the first quarter of the year with a good number of mobiles that have been launched with the most powerful of Qualcomm inside, but the Dimensity 1200, the equivalent of MediaTek, is still looking for supporters. The first of these is the Realme GT Neo, the "MediaTek" brother of the Realme GT.

The Realme GT Neo arrives as a high-end mobile with Dimensity 1200, 6 to 12 GB of RAM and 128 and 256 GB of storage to choose from. The terminal incorporates a battery of 4,500 mAh capacity and supports 50W fast charging. This is one of the few differences to the regular Realme GT, which had 65W fast charging.

On its front, the Realme GT Neo incorporates a 6.43-inch AMOLED screen, with Full HD + resolution and a 120 Hz refresh rate. The touch response speed is even higher, 360 Hz. Under the surface of its screen the fingerprint reader is integrated and, in its upper corner, the front camera, in a hole.

In cameras, the Realme GT Neo repeats the play of the standard Realme GT, both in front and behind. For selfies, it includes a 16-megapixel front camera and f / 2.5 aperture. For the rest of the photographs, behind it has a triple module with a 64-megapixel main sensor, an 8-megapixel wide-angle sensor and a third 2-megapixel macro sensor.

With the latest from MediaTek comes the latest in connectivity, and we have dual 5G, Wi-Fi 6, and Bluetooth 5.1. The terminal has stereo speakers and maintains the headphone jack at the bottom, as well as including the fast charger in the box.

Versions and prices of the Realme GT Neo 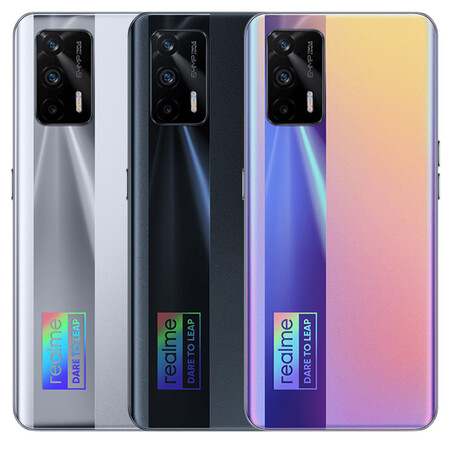 The Realme GT Neo has been announced for the moment in China, and it is unclear whether it will go on sale globally or not. It is available in black, gray and "final fantasy" colors and the following RAM and storage combinations: