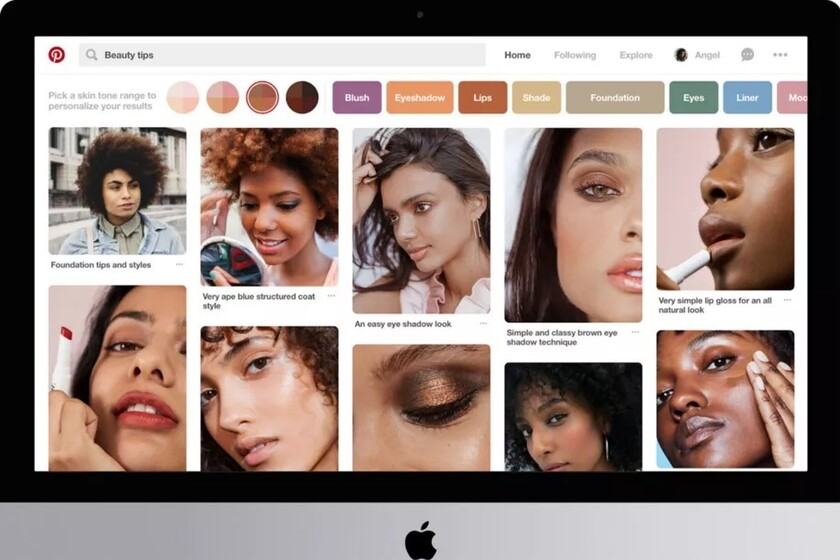 Three years ago, Pinterest launched a new feature: filter search results based on skin tone of people who will appear in the photos of the category 'Beauty' of the popular image platform.

The objective of this functionality was none other than to more easily direct users to those 'looks' and beauty tricks that they themselves could use for having a skin tone similar to that of the models.

At the time, this functionality relied on deep learning technology from a beauty app called ModiFace, whose developers already had an extensive library of facial data. From there, one of Pinterest's main challenges was to improve the algorithms so that do not interpret dimly lit fair skin as dark skin.

Thus, the company was able to start offering highly customizable searches (and therefore more relevant to its users) as "gray hair in dark-skinned women","ideas for blonde women with fair skin and blue eyes"or"soft natural makeup for black women".

After launching this functionality only for the US market in 2018, Pinterest expanded its availability to the rest of the Anglo-Saxon countries (Canada, United Kingdom, Ireland, Australia and New Zealand) in August 2020, which has allowed its use to be multiplied by five in recent months.

Pinterest is one of the largest beauty platforms in the world [y] We want to keep making it easy for you to continue to be inspired by relevant and personalized content based on your skin tone, style, and tastes.

With this new extension, we want to enable more people from anywhere in the world to personalize their searches and easily find looks and beauty products that really interest them.

An important fact: according to the blog of its team of developers, the use of the filtering system does not store the options used by each user during searches, which prevents the company from predicting private data such as ethnicity.