PayPal enables payment with Bitcoin, Bitcoin Cash, Ethereum and Litecoin in the United States from today 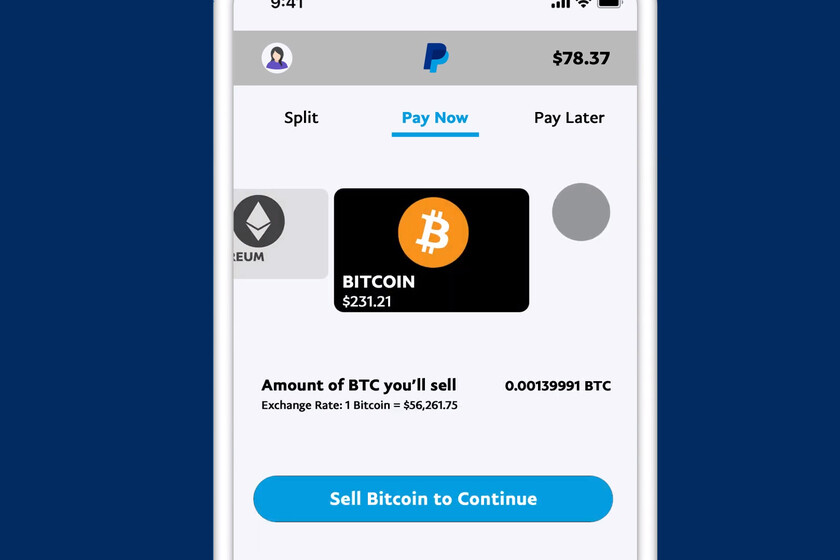 PayPal made official last October its entry into the world of cryptocurrencies and set a date for payments with currencies such as Bitcoin: from 2021. A forecast that will be fulfilled because this Tuesday, according to Reuters exclusively and confirms the head of the company, today is launched in the United States of your cryptocurrency payment function: Checkout with Crypto (Payment with cryptocurrencies).

The payment platform already allowed US users to buy and sell cryptocurrencies from their user account and, now, taking the step announced days ago, they offer this new function that allows you to pay with cryptocurrencies by instantly converting bitcoins, ethereums, litecoins or amounts into Bitcoin Cash to US dollars or other currencies.

Although PayPal is not the first application or payment service that offers support for cryptocurrencies, rivals such as Square already offered it years ago, It does represent a step forward due to its importance at the international level and in the United States.. There, 26 million businesses use its platform.

"This is the first time that you can seamlessly use cryptocurrencies in the same way as a credit card or debit card within your PayPal wallet," said Dan Schulman, President and CEO of PayPal.

The service that will automatically appear in the accounts of those users with a balance in cryptocurrencies that allows payments to be made, we know that aims to reach other countries, specifically and according to the company to "select international markets", in the first half of 2021. That is, if the forecasts are met, in the next three months.

PayPal also recently acquired the digital currency company Curv, a company that you paid 200 million dollars for and that offers a cryptocurrency custody solution based on cloud computing and blockchain. The operation implies the integration of human and technological capital in the company.