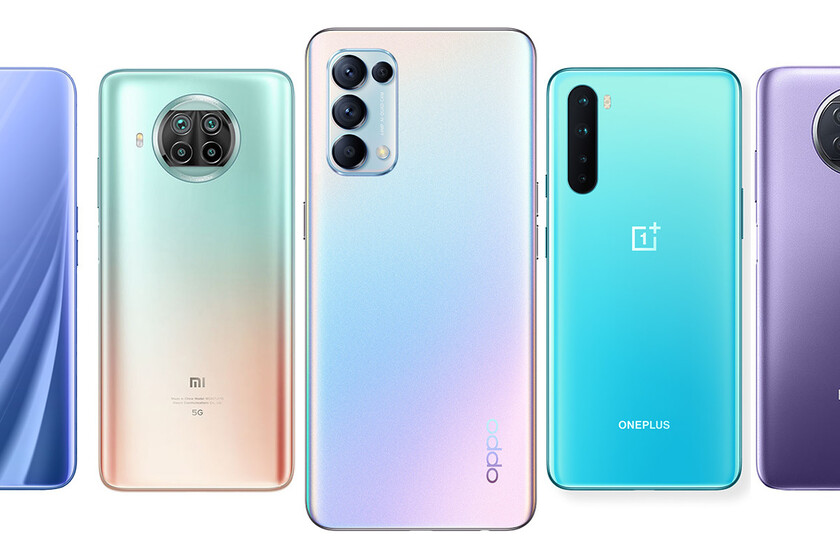 OPPO has just officially announced its trio of the OPPO Find X3 series, of which the OPPO Find X3 Lite is the most "modest", in quotes because it is still a powerful 5G terminal with Snapdragon 765G, straight to the premium mid-range.

This renewal of OPPO Find X2 Lite will have to face others 5G mobiles with a good value for moneyBut how does it look when compared to them? To find out, we put it face to face with other similar models such as the Xiaomi Mi 10 Lite, the Redmi Note 9T, the Samsung Galaxy A42 5G or the OnePlus Nord.


Perforated screen for almost everyone

The OPPO Find X3 Lite part of a 6.44-inch AMOLED screen, which comes to be in line with the competition, although appreciably smaller than that of other terminals that reach 6.6 inches, such as the Samsung Galaxy A42 or the Xiaomi Mi 10 Lite.

At 159.1mm high, we can hardly say that it is a "small" terminal, but at least it is a few millimeters below others. Also in its thickness, which is 7.9 mm, compared to other more robust terminals such as the Realme X50 5G and its 8.9 mm thick.

The perforated screen is imposed either single or double. Only two alternatives to the OPPO Find X3 Lite use notch

It is becoming easier to find terminals that increase the refresh rate of the screen, and the OPPO Find X3 Lite boasts of AMOLED display at 90 Hz, identical to that of the OnePlus Nord and with the same refresh rate as that present in the Vivo X51, although lower than that of the Realme X50 5G, which is LCD instead.

What is almost unanimous is in incorporate the perforated front camera in the screen, either with a lens, like the OPPO Find X3 Lite, the Xiaomi Redmi Note 9T or the Vivo X50; or with two lenses, as in the case of the OnePlus Nord and the Realme X50. There are only two terminals in our comparison that solve the ballot with a drop-shaped notch: the Xiaomi Mi 10 Lite 5G and the Samsung Galaxy A42 5G.

Four is the magic number (of glasses) 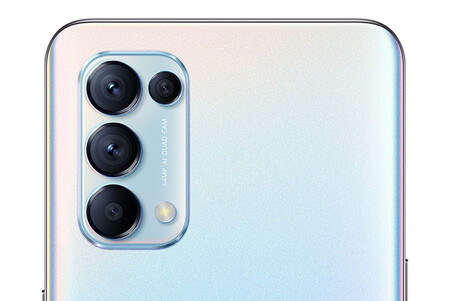 For photography, the OPPO Find X3 Lite has a few megapixels more than the competition. In front, it has a 32 megapixel camera, like the Vivo X51 and the OnePlus Nord (which includes another lens), with more resolution than the rest, which bets on 20, 16 and 13 megapixels, although the Realme X50 makes up for it by including a second perforated lens on the screen.

Most alternatives have a 48 megapixel quad camera. That of the OPPO Find X3 Lite is 64 megapixels.

Behind, the four-lens camera has been standardized with a practically identical configuration. There is a small resolution dance in the secondary sensors, but all the terminals except the OPPO Find X3 Lite have a 48 megapixel main camera, a 13 or 8 megapixel wide angle and two additional sensors that can be monochrome, for portrait mode. or macro. The only exception is the Xiaomi Redmi Note 9T, which has a triple camera.

In return, the OPPO Find X3 Lite has a 64 megapixel main sensor, an 8 megapixel wide angle and two extra 2 megapixel sensors: one macro and the other monochrome. In the total sum, only the Vivo X50 comes close, whose additional sensors have higher resolution than in the rest (48 + 13 + 8 + 8 MP).

If we talk about processors, we almost have a full to Snapdragon 765G, if it weren't for the Dimensity 800U of the Xiaomi Redmi Note 9T and the Snapdragon 750G that the Samsung Galaxy A42 5G has. The OPPO Find X3 Lite is accompanied by 8 GB of RAM, which is a high and average amount: double the 4 GB of the Redmi Note 9T, although below the maximum version of the OnePlus Nord and Realme X50, which arrive at 12 GB.

The battery capacity of OPPO Find X3 is average, but in fast charging there is no comparison

For its part, the storage capacity of the OPPO Find X3 Lite is 128 GB which, again, is average. All the terminals in our comparison include this capacity, although in most cases with a lower version of 64 GB or higher, of 256 GB. The exception is the Vivo X51, which is only offered with 256GB. 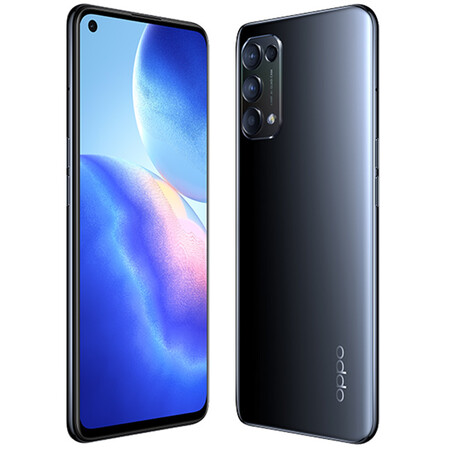 The capacity of OPPO Find X3 Lite's battery is 4,300 mAh, very similar to that of its alternatives in Realme, Vivo, OnePlus and that of the Xiaomi Mi 10 Lite. Today, it is an amount that is considered normal and sufficient, although it pales a bit when compared to the 5,000 mAh present in the Samsung Galaxy A42 5G and the Xiaomi Rdemi Note 9T.

Of course, when talking about fast charging, no one overshadows the OPPO Find X3 Lite. Supports 65W fast charging, while the fastest that the competition reaches is 33W of the Vivo X51 or the 30W of the Realme X50 and the OnePlus Nord.

As always, we end our article with a comparison table with all specifications of all terminals, so that you can buy the details that are most relevant to your preferences.