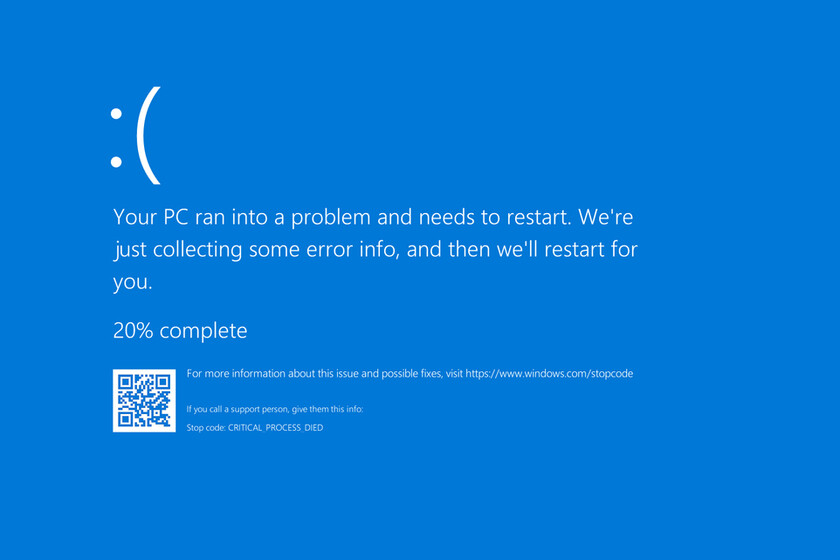 Microsoft has confirmed that one of the Windows 10 March 2021 updates is causing Blue Screens of Death (BSOD) that become serious because they are repeated.

The cause of the problem it lies in the KB5000802 update if you have the latest major system version installed, which causes some computers connected to printers to show the fatal blue screen.

An issue that (they think) affects many older versions of Windows

As reported by Windows Latest, although the problems are occurring especially in version 2004 or 20H2, released in October 2020, the blue screens caused by printers are being seen in versions as old as 1803, which corresponds to the April 2018 Update. In that case the problematic update is KB5000809.

All of them show the blue screen with the message "APC_ INDEX _MISMATCH error" when trying to print with some printers in certain applications. For now, Microsoft says they are investigating it and does not provide a clear solution.

To fix it, as on other occasions, the best option is to go to "Settings> Update & security> Windows Update> Advanced options> View update history> Uninstall updates"Once there, look for the problems that we have mentioned previously.

As you remember in Windows Latest, it is also something that can be done from the console, with "wusa / uninstall / kb: 5000802" for the 2004 version of Windows 10 and changing the number depending on whether we are in that or in another of the affected ones.