it is the most expensive digital artwork in history 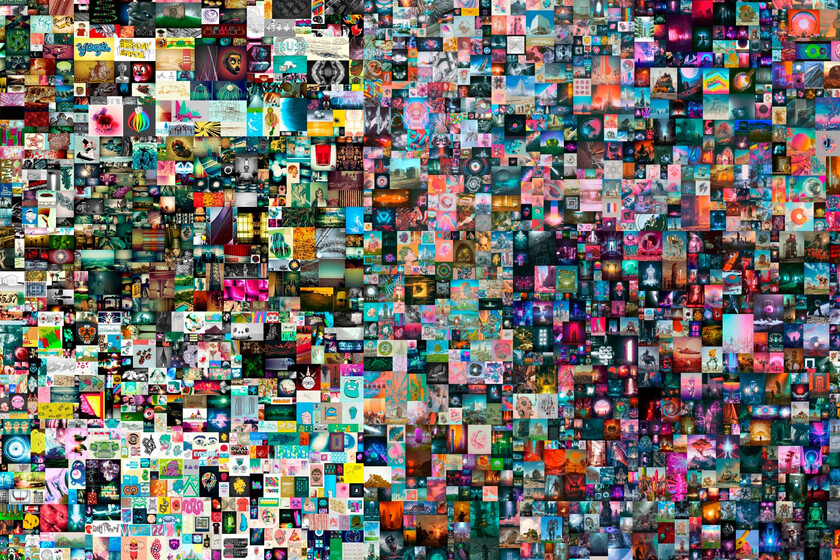 The London auction house Christie's has held its first auction of digital art and the experience has resulted in the $ 69 million sale of the NFT of the crypto artist Beeple. The creation, Every day: The first 5,000 days, brings together hundreds of creations illuminated for more than a decade by this artist, named Mike Winklemann, on a 21,069 x 21,069 pixel canvas.

The sale began on February 25 and it was today when it was completed. It started at $ 100, hit $ 10 million earlier in the week, and eventually sold for $ 69,346,250.. It is the most expensive work of digital art in history, which also places its author among the three most successful living artists.

The buyer will receive a reproduction of the work with "a unique NFT encrypted with the artist's unforgeable signature and uniquely identified on the 'blockchain'", explains Christie's

Digital art is a token nestled in the blockchain 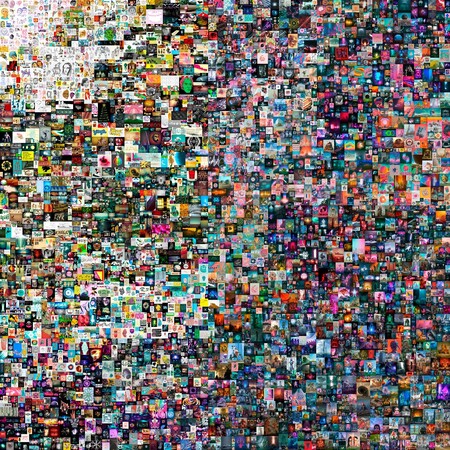 Every day: The first 5,000 days we could say that it is a retrospective of the artist. It is literally the expression of all the digital art works that this man has created daily over the last 13 years. A collage of the various creations of this American graphic designer.

"In 'Every Day: The First 5,000 Days', the artist has united recurring themes and color schemes into an aesthetic whole. The individual pieces are arranged in an imprecise chronological order: the zoom reveals images that are themselves abstract, fantastic, grotesque or absurd, deeply personal or representative of current events. Recurring themes include society's obsession and fear of technology, desire and resentment of wealth, and recent political turmoil in America. "

A few days ago, Jack Dorsey sold the first tweet in history as an NFT. Actually, not the tweet as such, but "a digital certificate of the tweet, unique because it has been signed and verified by the creator", as explained by the platform used by the founder of Twitter. With digital art it is more of the same: a certificate issued by the author of a content made up of ones and zeros is offered that could and can be reproduced anywhere thousands of times.

Digital art is nothing new, its history dates back to the sixties, but "the ease of duplication has made it almost impossible to assign provenance and value to this medium"says the Christie's house. What they seek to solve, in principle, tokens non-expendable.

"The recent introduction of tokens non-expendable (NFT) and technology blockchain has allowed collectors and artists alike to verify the legitimate owner and authenticity of digital art works, "they say from this auction institution. The person who has bought the work, therefore, You will receive it "directly from Beeple" accompanied by "a unique NFT encrypted with the artist's unforgeable signature and uniquely identified in the blockchain". MakersPlace, a digital marketplace, has issued the part's NFT.