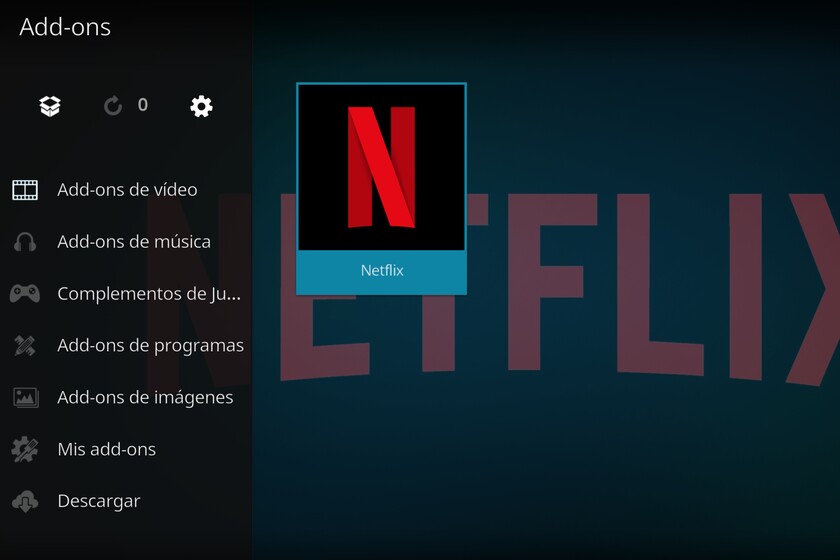 Kodi is unot one of the best media players for all kinds of devices, although it was originally born for media centers. One of the most interesting features that it offers as an application is being very modular and flexible thanks to supporting addons to expand its functionality.

One of the addons that we can use on the platform, along with other external services such as YouTube or Spotify, is the Netflix addon. At this point it is normal to wonder "What is the use of having Netflix on Kodi? The normal thing is that we have a Smart TV or device where you can directly your series or movies, but some are losing compatibility or do not have the functions we want.

In that sense, for example, the 2015 Nvidia Shield or the Amazon Fire Stick 4K support Netflix in 4K and HDR, but are not capable of playing the platform's Dolby Atmos audio tracks in its official application. Nevertheless, These devices are capable of doing it with the Netflix addon well configured in Kodi for Android. It is one of many cases where we may be interested in having an extra way of accessing its extensive catalog.

With the official Netflix applications in the Shield of 2015 or in the Fire Stick 4K we do not get Atmos sound, but with Kodi we do.

How to install the Netflix addon on Kodi 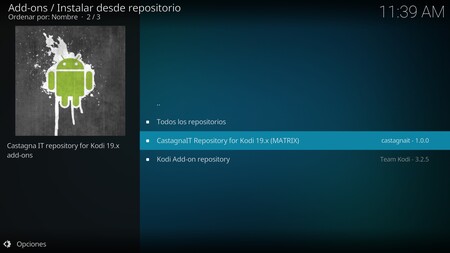 To watch Netflix on Kodi 18 or Kodi 19, the first thing we will have to do is download the Stefano Gottardo or CastagnaIT repository. This is the link for Kodi 18 and this one for Kodi 19 Matrix. Once the .zip file has been downloaded, we will have to install it on Android, Windows or macOS like other repositories or add-ons, choosing the option "Install from a .zip file" from the "Add-ons Explorer".

How to set up Netflix on Kodi

Once we have installed the addon, Kodi will ask us to install several more things before letting us watch Netflix content. First it will ask us to install the Inputstream Adaptative addon, and then Widevine CDM. Both are very important, and the second is the one that will allow us to see content in HD, because without it there is no DRM.

After that, Kodi will ask us for the login information, with a code or by entering a username and password. It is the latter that we have done. After this step, the normal sections of Netflix will be opened, although with the aesthetics of the default skin of Kodi, very far from that of Netflix. 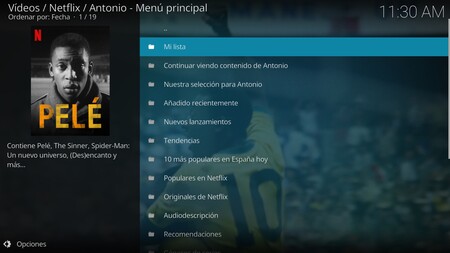 After reaching this point it remains to be seen what the platform offers here, and it is the same as we see in its official applications: selection of user profile, choice of subtitles, choice of audio language (with track type information: two channel AAC, DD +, Atmos, etc) and more.

In a browser we get nothing but stereo audio. However, with the Netflix addon, Kodi gives us up to Atmos

Of course, there is no shortage of possibilities such as consulting content from 'My list' or 'Continue watching', as well as adding them to these lists. The playback is fluid, and we can go to any moment of the video without buffering if our connection is good.. 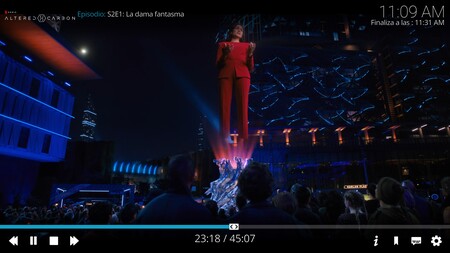 Faced with the web and applications, one detail is that we can take screenshots of what we are seeing, which makes this addon ideal for sharing captures on social networks.