How to take a screenshot in Windows 10 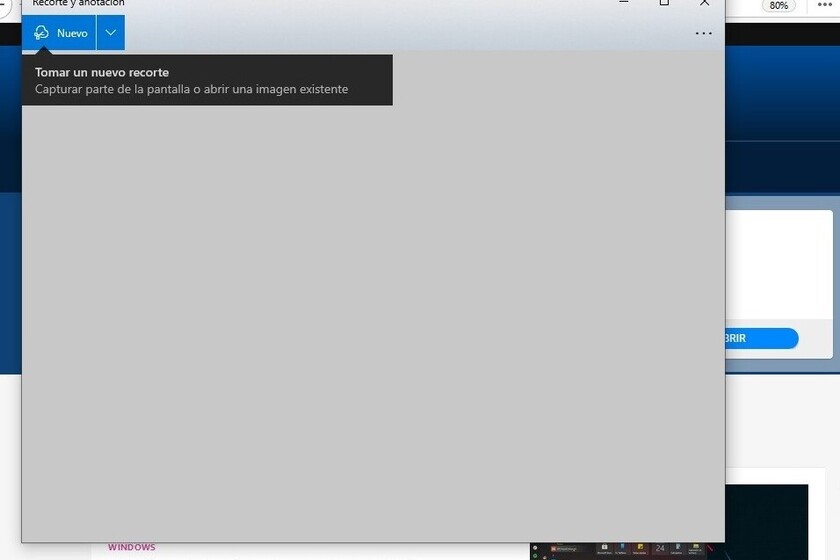 There will be many times that you are browsing the Internet, either for leisure or work, with your computer based on Windows 10 software and that need to take a screenshot or screenshot to save or later remember what you are seeing at that moment. It is very simple and there are different ways to do it.

Screenshot through the cropping and sketch app 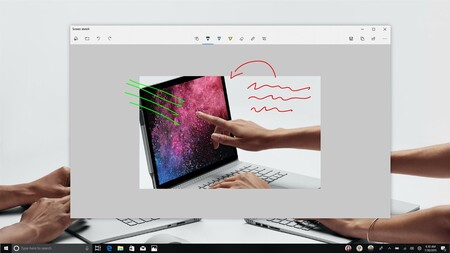 Windows 10 comes with the sketch and cropping app already installed. If you do not have it because at some point you have removed it by cleaning your PC, you should know that it is available in the Microsoft Store for free. When you have it, Access from the Windows 10 start menu and press the "new" button to start cuts with the so-called snipping bar.

This bar allows you to capture the following types of clippings. On one side rectangular, on the other free-form and the other full-screen. To do this, you will see that when you open "Cut and sketch" and click on "new" four buttons appear at the top. The first is used to capture a frame on the screen, the second to make a freeform and the third to capture the entire screen. The one with the "x" symbol is used to close the application (although you can also use the "esc" key to exit).

You can also decide if you want a screenshot immediately or within seconds. Once you've cropped an area of ​​the screen, the image will be added to the clipboard and you can paste it immediately in another application. In addition, when it is saved to the clipboard, a notification will appear that, if you press it, will take you to "Cut and sketch".

This same cropping and sketch feature is available in Windows 10 via a keyboard shortcut. To do this, you must press Windows logo key + SHIFT (or SHIFT) + s to open this modern clipping experience (also called bar snippets).

When you open this tool in this way you go directly to the box where you can choose if you want it to be square or free. In this way you avoid the process of choosing a "new" cut that is in the previous option when you open the application from Windows startup.

Take a simple screenshot of the entire screen 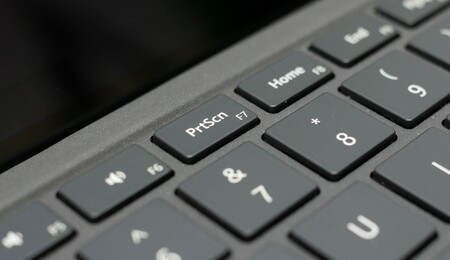 This is the usual traditional Windows mode. You should press Print Page (or Print Page) on the keyboard. Many computers that come with Windows 10 as standard include a button that has these letters written on it. It depends on the size of the keyboard, it can be more or less letters. In English it can be PrtScrn, so some computers may also have this key.

Simply by clicking on that button, you will take a screenshot that is saved to the clipboard. If you don't want to lose it, go to Paint, press Control + V to paste the contents of the clipboards and you can save it and then if you want to edit it.

Yes press Alt and Print Screen at the same time you will create a screenshot of the active screen. That means that if you have several windows in Windows you will not capture everything you are seeing, but only the window or the element that you have in the foreground. This capture remains on the clipboard.