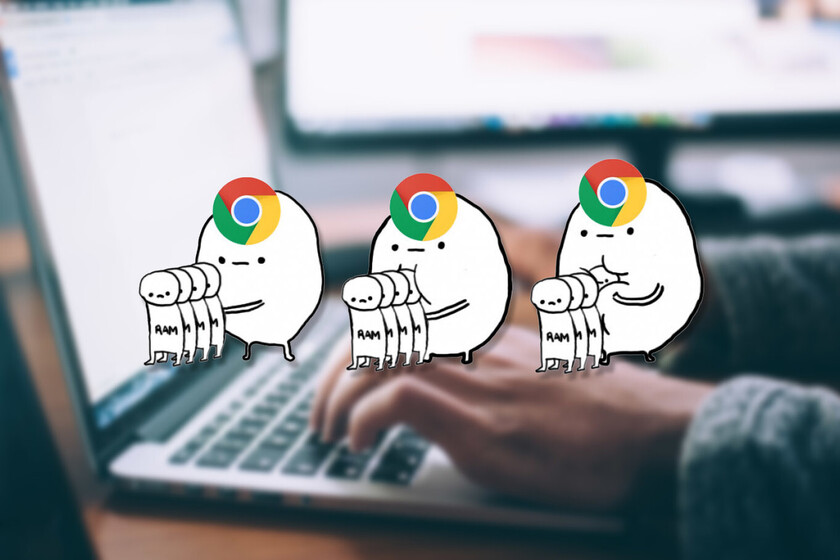 Chrome 89 was launched a few days ago, but it was not until today that Google has detailed exactly the memory management and performance improvements that the browser has received in that latest version. These changes apply to Windows, macOS, and even the Android version.

The Chromium team explains that thanks to these changes Chrome should not only use fewer resources, but it will start up faster and feel more fluid when using it. In Windows is where memory savings are most significant, and in macOS power consumption has been greatly reduced.

Webs that consume up to 20% less memory

Chrome is now smarter when it comes to using and discarding memory, with this update the browser can recover up to 100MB RAM per tab, which as Google indicates, can be up to 20% of the total consumed by some very popular websites.

What Chrome does now is discard memory consumed by background tab items, and that therefore they are not actively using it, such as images that we have already scrolled through the page.

In the case of Windows, memory savings reach up to 22% in browser processes, 8% in the renderer, and 3% in the GPU. Google says it has also improved responsiveness by up to 9% thanks to its own memory allocator: PartitionAlloc, which will now be used by Chrome for Android and 64-bit Windows everywhere.

In the case of macOS, Chrome is also reducing its memory consumption to a total of 8% in some cases. In addition to this, they have considerably reduced the energy impact of Chrome on Mac up to 65% for the tabs in the background, something that the fans of the computer will appreciate.

It is worth noting that at no time is anything mentioned about these developments in Chrome for Linux, or if the platform also benefits in some way from the new improvements.