Google opens its API to developers 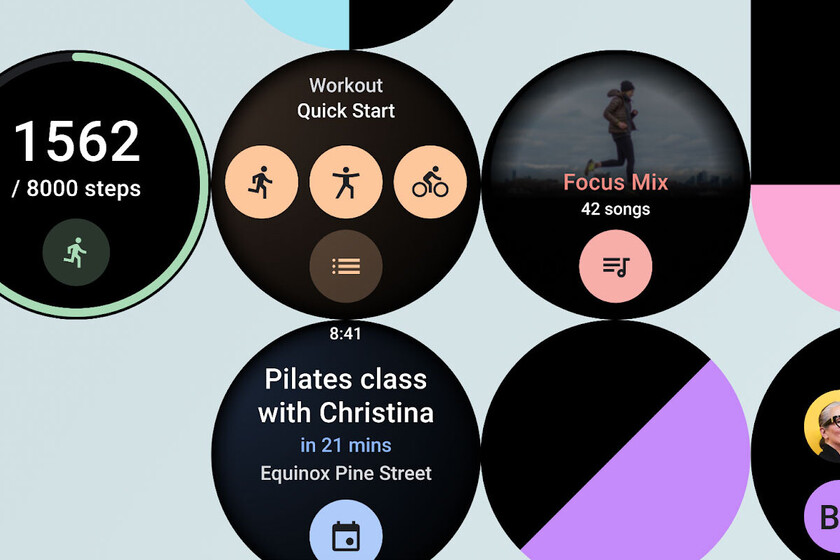 In 2019, Google announced the arrival of Tiles or cards to Wear OS, new screens with specific information from applications such as weather, daily activity, news, events, as widgets. Available cards depended on pre-installed apps, but now Google opens the ban on developers.

Google has announced the alpha version of the Jetpack Tiles library, by which any developer can create displays for Wear OS with information a swipe away from the main watch screen.

Developers who want to start creating cards for Wear OS can start working on it now by taking advantage of the Jetpack Wear Tiles API, whose existence was leaking a couple of months ago. Until now there was no API to create them, but the cards available were all from pre-installed applications, created by Google.

This API will allow us to have all types of cards in Wear OS, with content as varied as the creativity of the developers. The advantage of the cards compared to a normal app is that are accessible by sliding from the sphere, without having to change applications. From the Wear OS settings you can configure which cards you want to be displayed on the smartwatch, and in what order.

Google adds some details about what can we expect from these cards, indicating that they have been designed to show simple information that can be consulted in seconds, that they should not be updated frequently (to save battery) and that mentions of specific times, such as "three minutes ago", are avoided, as they may not be updated in real time . From what it seems, they will be a bit limited at first: for more complex tasks, better to leave them for the "normal" app.

Developers can start creating these cards now, but users won't be able to use them on their Wear OS watches until the next Wear OS platform update that, on the other hand, Google has let us fall that it will arrive before the end of spring. That is, with June as the ceiling.