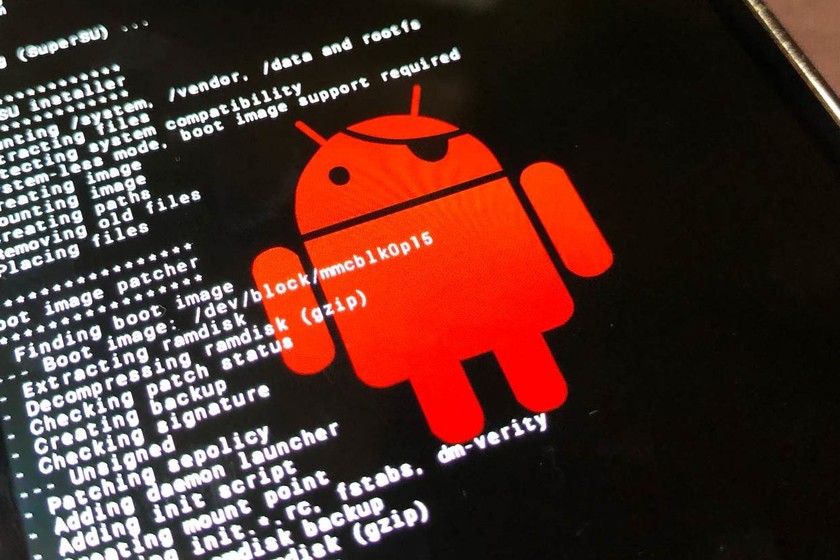 Since I have a Samsung Galaxy S5 anchored in Android 6.01 I said to myself: why not root it so that I have a device with the option to modify it 100%? And I decided to find the advantages of doing it, all very useful to recover an old phone. Or not so old.

With the evolution that Android has undergone, there are many aspects related to the system that have also evolved, such as the interface, integrated services or security. And along the way, other possibilities fell due to the evolution of Android itself, such as ROOT or administrator access. It is not that it has ceased to be useful in current mobiles, but much more complex to obtain, with a greater risk of losing the warranty and something more superfluous.

What advantages does ROOT currently have on an Android mobile? I came up with the next five. 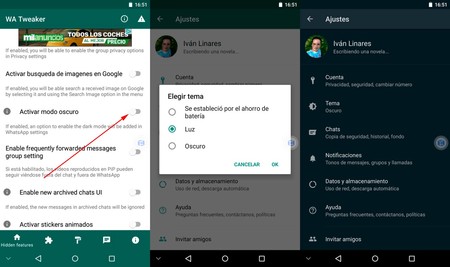 Given that the messaging application is an important current focus for my work, having ROOT access opens the door to test future news before they appear in the beta version of WhatsApp. There is even another important aspect: with ROOT, and with a personalized recovery, you can install a recent ROM to an old mobile to continue using WhatsApp even if it no longer has support (see the fifth advantage).

To remove the 'bloatware' 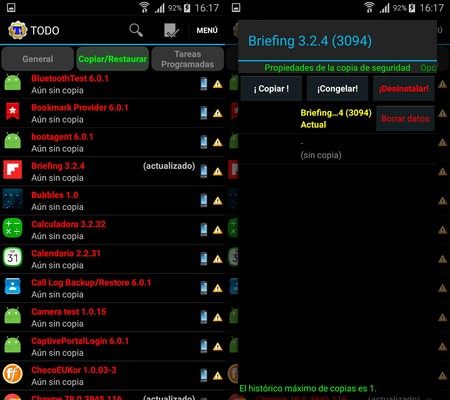 This is still one of the great advantages of having ROOT or administration access: it is the key that opens the door to the removal of any app, whatever. Because, how much 'bloatware' does most of today's phones come standard? A lot. Well imagine the one I could bring before.

Continuing with the Samsung Galaxy S5, I have been able to eliminate many of Samsung's superfluous applications thanks to Titanium Backup, a dinosaur that had not been opened on a mobile for years. So cleaning to the edge: fewer apps consuming in the background and much less battery consumption, also mobile data. 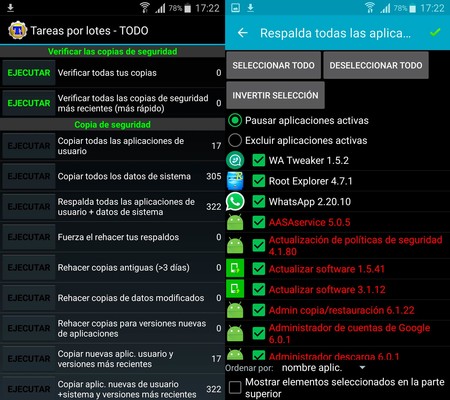 Once you get into the deep modification of the phone there is always some time that it crashes due to some error or bad software installation. And, since reinstalling the phone software, and downloading all the applications from Google Play, is a process that can take hours, nothing like perform full backups to restore the phone in case it breaks. Or copy the applications along with their data using Titanium Backup, for example: this way they can be restored to the right moment when everything works correctly. 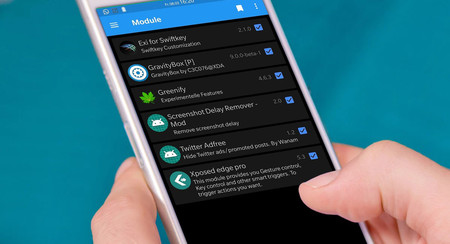 Xposed is an ever-evolving set of tools that allow modify almost any option of an Android without putting the phone at risk since the modules do not directly modify the system. Although yes, to use Xposed Framework, and all its compatible modules, ROOT access is essential.

With Xposed Framework it is possible to apply the dark mode to a lot of applications, you can change the settings of these apps and even play Google Stadia on almost any mobile that meets two requirements: ROOT and Xposed. Imagine the possibilities.

Install a newer version of Android

The ROOT is not essential to change the ROM to a smartphone, but, since I installed a custom recovery to root the phone (I used a CF-Root from Chainfire), I can take the opportunity to update it thanks to any of the available cooked ROMs and more recent than the installed Android version. My choice is one of LineageOS, for example: this way I bring more life to the phone without losing the capabilities of recent software.