Chromebooks are updated to expand the integration with your Android mobile: these are their news 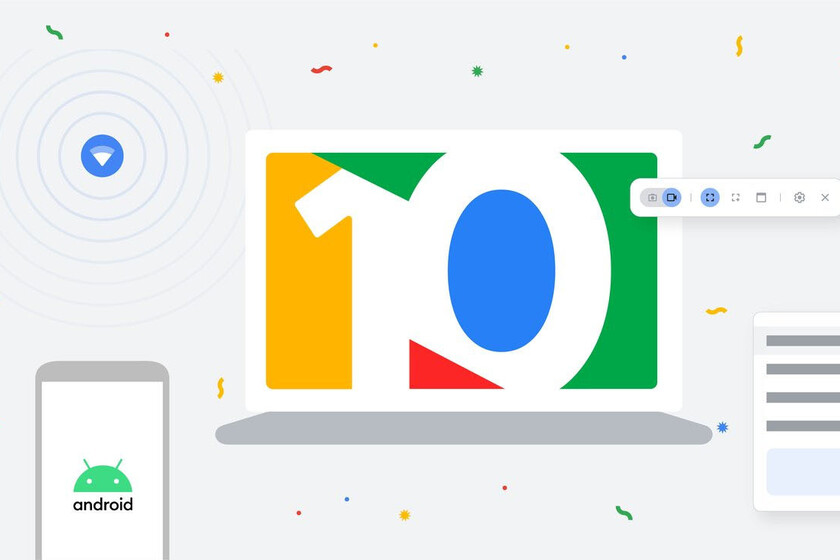 Google celebrates the tenth anniversary of its Chromebooks right in his prime. In the past year, Chrome OS became the second most used operating system and the demand for these devices grew by 109%.

To further boost sales of the Chromebooks, Google announces in style the news of Chrome OS M89, a very important update that improves integration with our Android mobile.


This is the integration of Chromebook and Android

Chrome OS It is practically the version of Android for laptops and tablets. This operating system is compatible with the applications and games of Google Play Store and offers a desktop interface based on Material Design, and from now on it will also be more connected with your Android mobile. 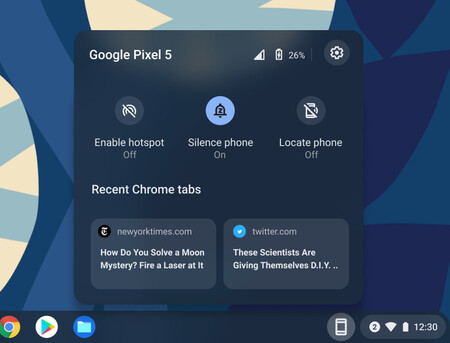 Google improves the integration of Chrome OS and your Android mobile with Phone Hub, a new control center that brings your Chromebook the main functions of your phone. You can reply to messages, check the battery and coverage status of your mobile, activate the Wi-Fi access point of your mobile, locate it or check the recently opened tabs in Chrome for Android. 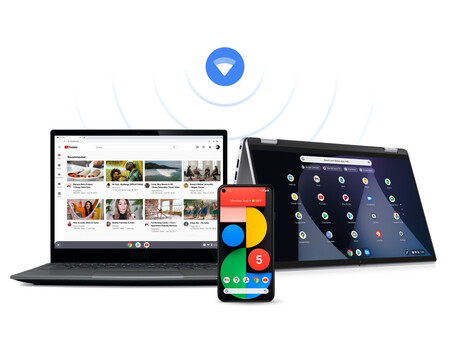 Another integration with your Android mobile is the Wi-Fi sync. It will now allow your Chromebook to automatically connect to your Android phone's trusted Wi-Fi networks after logging into the laptop with your Google account. This allows you to connect to the Internet more quickly and comfortably. 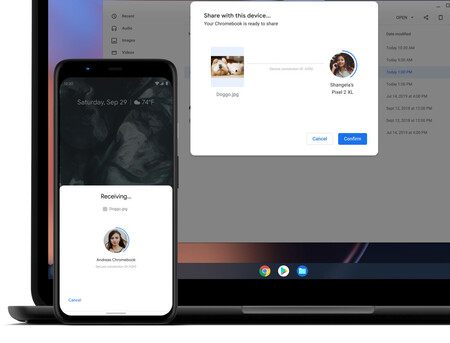 In another future update Chromebook will include the integration with Share with Nearby so that you can exchange files comfortably from your devices. Your mobile can detect your Chromebook and vice versa to share files via Wi-Fi Direct or Bluetooth.

Other functions that users of a Chromebook will receive in this update will be the new tool Screenshot that you will find in the quick settings menu; the new space Tote that gives us direct access to important files; the new ones Multimedia controls built-in quick settings; a new Clipboard which saves the last five items copied or the new ** Quick Replies * that appear after right-clicking.