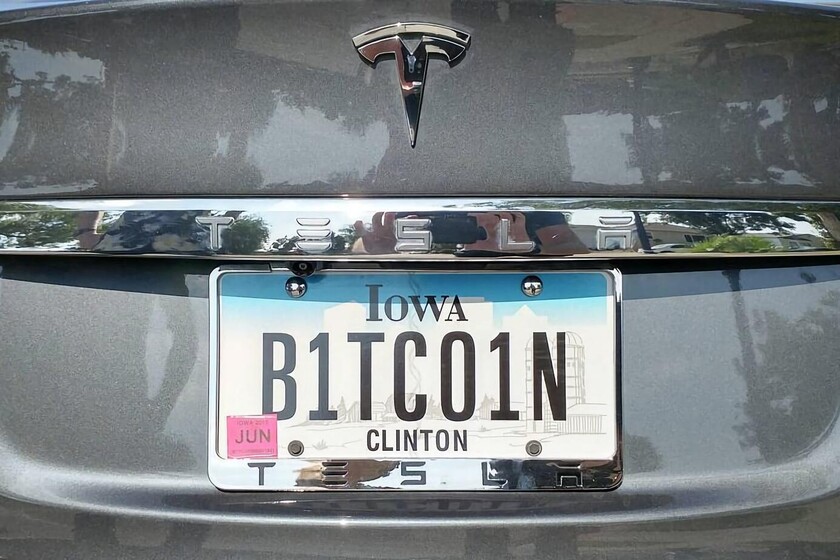 Elon Musk announced yesterday on Twitter that his company Tesla had begun to accept payments in bitcoins when acquiring its electric cars. This option was limited, for now, only to US buyers, but hopes to be able to extend it to other countries throughout this year.

Also, Musk, who has long been has become a standard-bearer for cryptocurrencies (not only bitcoin, but also dogecoin), wanted to demonstrate its commitment to them by announcing that "each bitcoin paid to Tesla will remain as Bitcoin, it will not be converted to fiat currency":

Bitcoin paid to Tesla will be retained as Bitcoin, not converted to fiat currency.

A show of confidence

We must understand this message, first of all, as something directed to the potential buyer. But,why should the buyer care what does Tesla do with his bitcoins once he has purchased his vehicle?

Easy: Because the gesture of not taking refuge in the dollar once the transaction is made constitutes a sign of your long-term confidence in this currency, beyond fluctuations that may suffer. And, if you are thinking of buying your Tesla vehicle in bitcoins, you should know two things ...

First, what do you have to keep an eye on such fluctuations before buying... Y the other in the cryptocurrency evolution forecasts, in case you had to request a refund; second, whatever happens to bitcoin, an individual user has more to lose than a large company like Tesla.

Don't spend your bitcoins yet

Yes, it's a news that a big company like Tesla allows you to buy its products (high-end electric cars, no less!) using bitcoins. But it may seem a little less so when you know the details.

Taking a look at the terms and conditions of payment published by Tesla itself (PDF), it is possible to conclude that, in strictly financial terms, it doesn't make much sense to buy a Tesla using BTC if you have the option to buy it using dollars.

Tesla is accepting Bitcoin much like they accept Visa, American Express, Mastercard, and bank transfers:

As a delivery mechanism for US dollars (or, other fiat currencies). You cannot pay at a BTC fixed price. $ TSLAQ

And it is that the company itself recognizes that "the price of Bitcoin can be volatile, and is subject to fluctuations up and down ", just before explaining how the purchase process works ...

When we start the purchase with bitcoins of one of your vehicles, the website provides a conversion of the price in dollars to BTC, but This conversion is only valid for a short period of time, what they call 'the Bitcoin Price window'.

After this validity expires, if the payment process has not been completed we will have to request a new dollar-bitcoin conversion. But:

Wow. But hey, what happens if we ask for a refund?

"[La diferencia de valor entre bitcoins y dólares estadounidenses] it can increase or decrease between the moment you make your purchase and the moment we proceed to make the refund. If we reimburse you in BTC, the value of that amount could be significantly less than the dollar exchange value you had at the time of purchase. "

"If we reimburse you in US dollars, the dollar amount could be significantly less than the current market value in $ of the amount of bitcoins used to make the payment. You bear the risk of the Boicoin 'Price."

Is bitcoin all that glitters?

Being fair, not that these payment terms are very different of those of other companies that accept bitcoins, but not all are as popular as Tesla, nor do they sell a product as expensive as that of the company founded by Musk.

It is debatable that, in this particular moment and context, it makes perfect sense to use bitcoin (or any other cryptocurrency) to acquire well with prices set in dollars (or in any other fiat currency).

But this new payment option does make sense, however, for Tesla: in terms of marketing, has not only given him a great media coverage, but also attracts as clients some of the Bitcoin users who have become rich in recent years.