Audacity 3.0 arrives, a new version of an 'open source' miracle with more than two decades of history 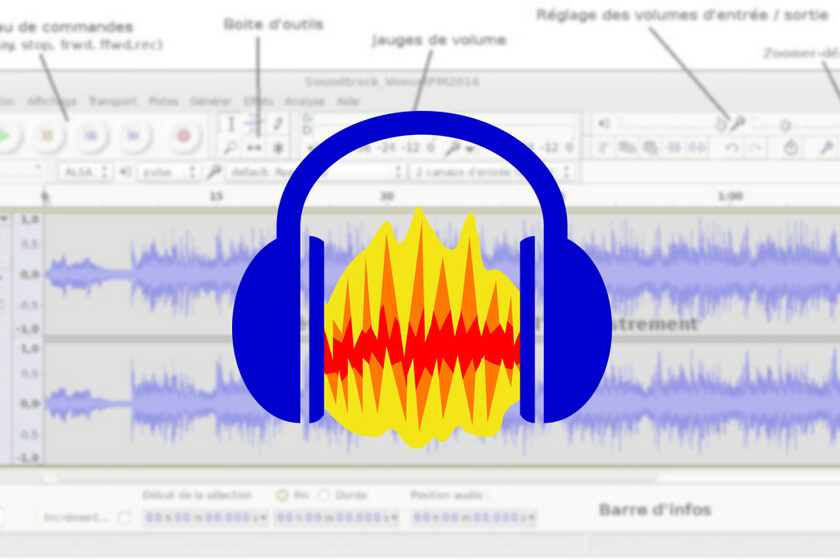 Audacity, the free and open source audio editor par excellence, reaches version 3.0 on the verge of turning 21 years old. It was at the end of May 200 when it was launched for the first time and throughout these two decades of history it has become a mythical application with versions for Windows, macOS and, of course, Linux.

This new version of the multiplatform audio editor arrives for all systems with important new features compared to the previous stable version, 2.4.2. The most prominent of all is, without a doubt, the introduction of a new format in which to save projects: AUP3.

With AUP3 all data is contained in a single file

The open source solution for audio editing continues to evolve

The arrival of the new AUP3 format is not a minor change because supposes an evolution in the saving of the projects that are carried out with Audacity. If until now saving an audio edition meant that part of the files were outside the main file, let's say that saving involved dividing the project into several files, now that changes.

It will no longer be necessary to have those other files on hand apart from the project file because with AUP3 all data is contained in a single file. No more opening a previous job and finding out that we couldn't fully load them due to lack of parts. The new version, of course, will continue to support the classic format.

On the other hand, Audacity 3.0.0 includes a new backup option, available from Archive > Save project > Project backup; Label Sounds, a new analyzer that replaces the Sound Finder and Silence Finder; and the Noise Gate effect has also been improved. In general, there are also improvements in editing, which is faster, although when saving projects they take a little time.