Android TV on board a 120-inch cinema to take anywhere 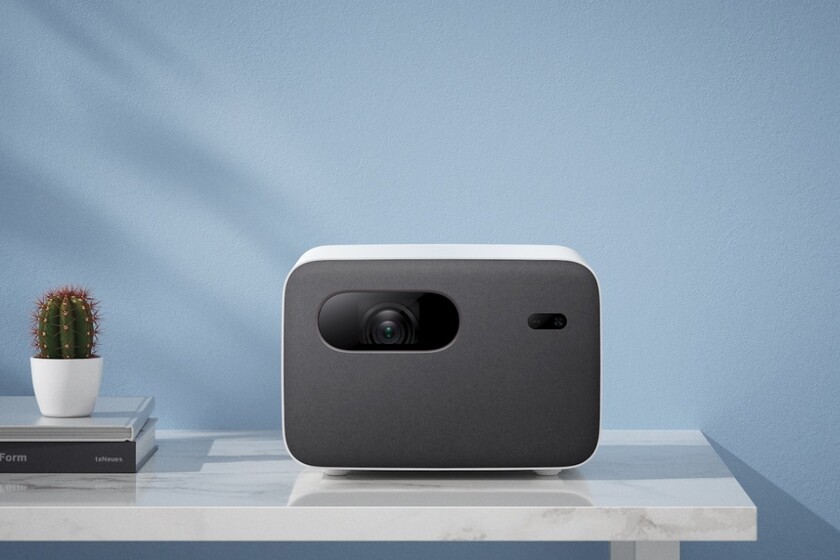 Android TV is a fluid operating system, and as such it fits in a multitude of different devices although all based on the same concept: audiovisual. Hence, we see Android TV arrive on board televisions, from sticks HDMI to put on such televisions or even on board set-top-boxes. And yes, it also fits in projectors.

Xiaomi has launched, in fact, the next generation of its Mi Smart Projector, which from now on we will know as Xiaomi Mi Smart Projector 2 Pro and that allows us to transfer the cinematographic experience of the movie theaters to our home (with some differences, of course). Let's see what he has for us. 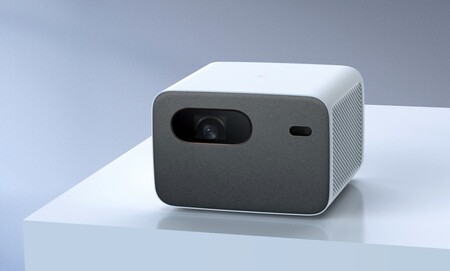 A 120-inch connected portable display with Dolby and DTS sound 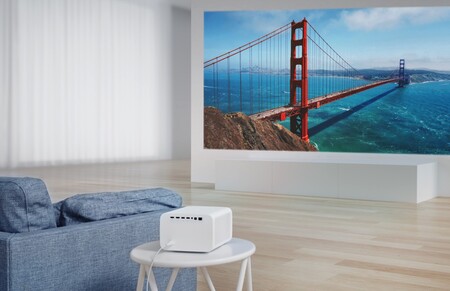 From the outset, we have in front of us a digital projector capable of offering a FullHD resolution of up to 1,920 x 1,080 pixels, and capable of "stretch "its diagonal between 60 and 120 inches. You have to have a smooth white surface on which to project, obviously, but we are talking about being able to turn a wall into a large screen of no more and no less than 120 inches.

The projector has an integrated 0.47-inch DMD chip that is capable of emitting light at a maximum of 1,300 lumens, and that makes the device compatible with HDR10 images, thus improving both contrast and color. And yes, we also have 10W integrated speakers with both tweeters and woofers, which can also play both DTS-HD and Dolby Audio sound. If we want, in fact, we can use the Mi Smart Projector 2 Pro as an independent Bluetooth speaker if we use it for sound. 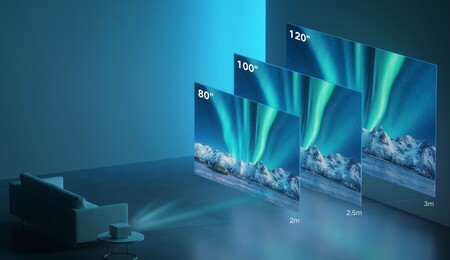 The Xiaomi Mi Smart Projector 2 Pro also has an interesting feature when adjusting the image to the inclination of the wall. The software built into the projector performs omni-directional keystone correction to project the image in a perfect rectangle on the wall, and features a focus speed of just two seconds thanks to a TOF sensor and a front camera.

As we said at the beginning, the new Xiaomi Mi Smart Projector 2 Pro incorporates Android TV so we can install applications within the projector itself and take our multimedia equipment with us wherever we go. We can use your own apps but also use it as a Chromecast device to send content from the mobile phone.

Versions and prices of the Xiaomi Mi Smart Projector 2 Pro 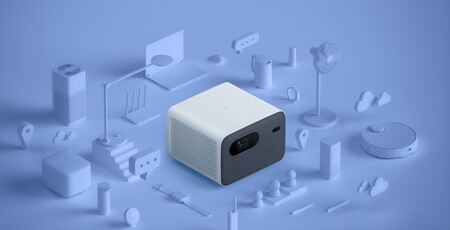 The new Xiaomi Mi Smart Projector 2 Pro arrives in Spain at a price of 999 euros, although it will have a promotional discount of 100 euros during the first days of sale, so if we are fast it can be ours for 899 euros.