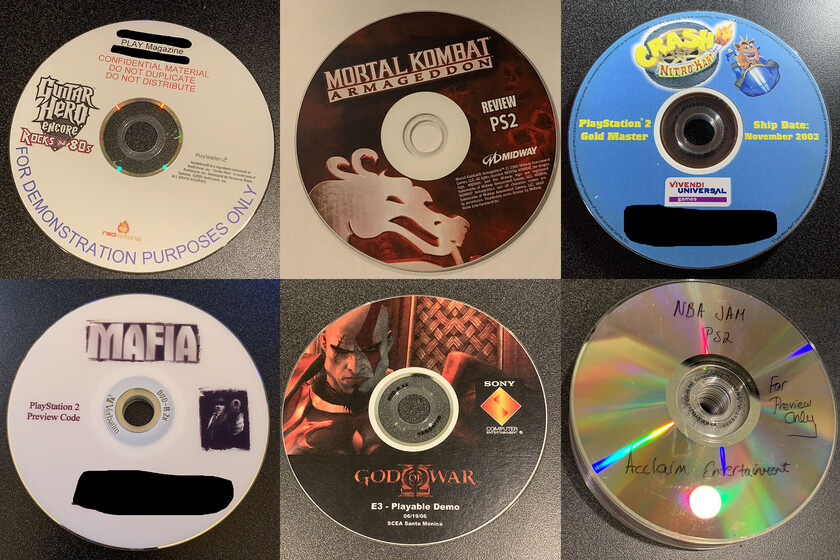 A preservation project led by the community of The Hidden Palace, just released over 700 PS2 prototypes with development versions of Shadow of the Colossus, God of War and many more iconic video games of the era.

This is Project Deluge, an initiative to archive and evaluate all the elements that appear in a lot of video game development material that has been collected over many years. To start with, they have released the not inconsiderable sum of 752 unique prototypes of PlayStation 2 games.

Introducing - Project Deluge, one of our biggest endeavors yet. Presented to you - over 700 PlayStation 2 prototypes have been archived for your enjoyment. This part is only the beginning, so stay tuned for more! https://t.co/D8doin5GZK Enjoy and have fun! pic.twitter.com/cxQs1vm2QF

The announcement was made in a broadcast of more than six hours on Twitch in which Hidden Palace showed several of those demos and prototypes of games such as Crash Bandicoot, Shadow of the Colossus or Ratchet & Clank.

We are talking, as our colleagues from VidaExtra point out, about versions gilts or still in development of infinity of games that were used to create E3 presentation or conference events.

Most of the items featured in the nearly 900GB lot were mastered onto recordable media, such as CD-R and DVD-R, which we know are prone to deterioration over time. Most of it was dumped using software tools like PowerISO and CloneCD.

A team of specialized people evaluated the playability and integrity of each item in the batch, both in software (through emulation) and in hardware. In addition to this, each one has been lightly documented and given an overview of some of the top interesting facts about the article in question.

Everything has been generously hosted by the Internet Archive, so you can see the complete list of games on the Hidden Palace website and if you want to download one you will be redirected to a page on Archive.org from where you can download each prototype and the different files that accompany it, including photos of the original discs .

You can also find them all in the new PS2 Press Discs and Prototypes category on the Internet Archive. Hidden Palace says this is just the beginning and to follow the project closely for more releases like this.